There must be a reason for it, but I can’t for the life of me figure out why Porsche insists on launching cars with the pin-stripped rims. It’s not just me, right?!

Regardless, Porsche seems to have such a firm hold on this little slice of the marketplace the GT3 occupies. All rivals have been able to do for the last few years is sit on the sidelines and proclaim how they’re offerings are nearly quite as good. But time after time the GT3 prevails as the track biased sportscar benchmark against which every other vehicle with a ‘Ring lap time as a priority, will be judged. 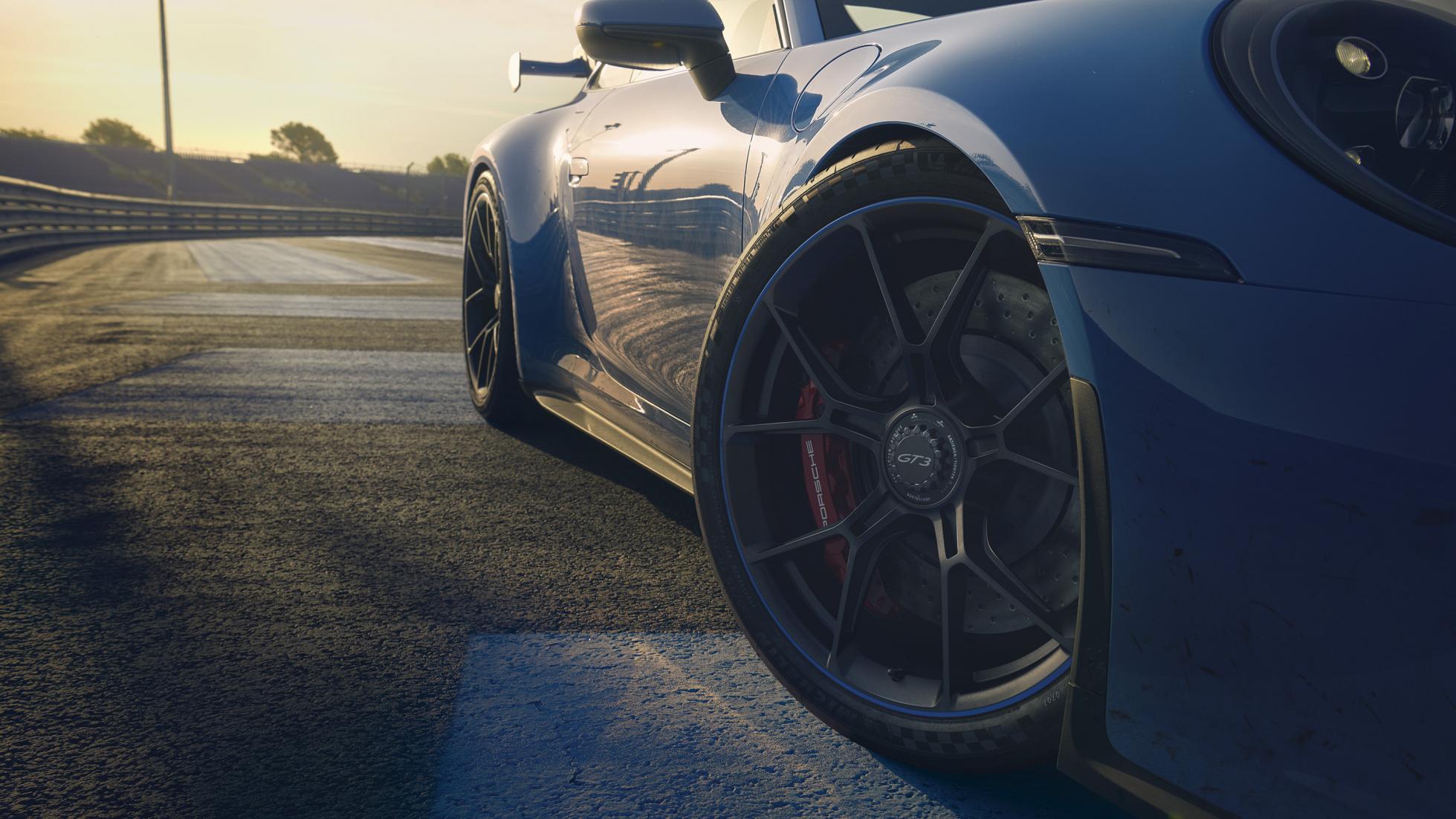 It’s a double-edged sword though, as it puts Porsche in the unenviable position of having to one-up their efforts every few years. Particularly in an era where engines are only getting more disappointing (on paper at least) the day will surely come when a GT3 is launched to a sigh of dismay rather than one of relief. Thankfully though, that day has not yet come and questionable launch spec aside, we can rejoice at the sign of a N/A flat-six and optional third pedal. I presume we have the more environment-friendly vehicles in Porsche’s fleet to thank for this drivetrain continuity.

So as counterintuitive as it is, I’m glad to see that the biggest changes to digest are the looks. It’s not a design I’m immediately in love with, but I find strangely these are the designs that you actually grow to love. Whereas designs that are immediately brilliant, age and fade into being unremarkable quite quickly. Most notable inclusions or lack thereof, are gaping holes in the form of nostril-like-vents in the bonnet and catfish-esque front bumper; as though they’ve been copying Aston Martin’s homework on how to irritate the internet with bumper design. 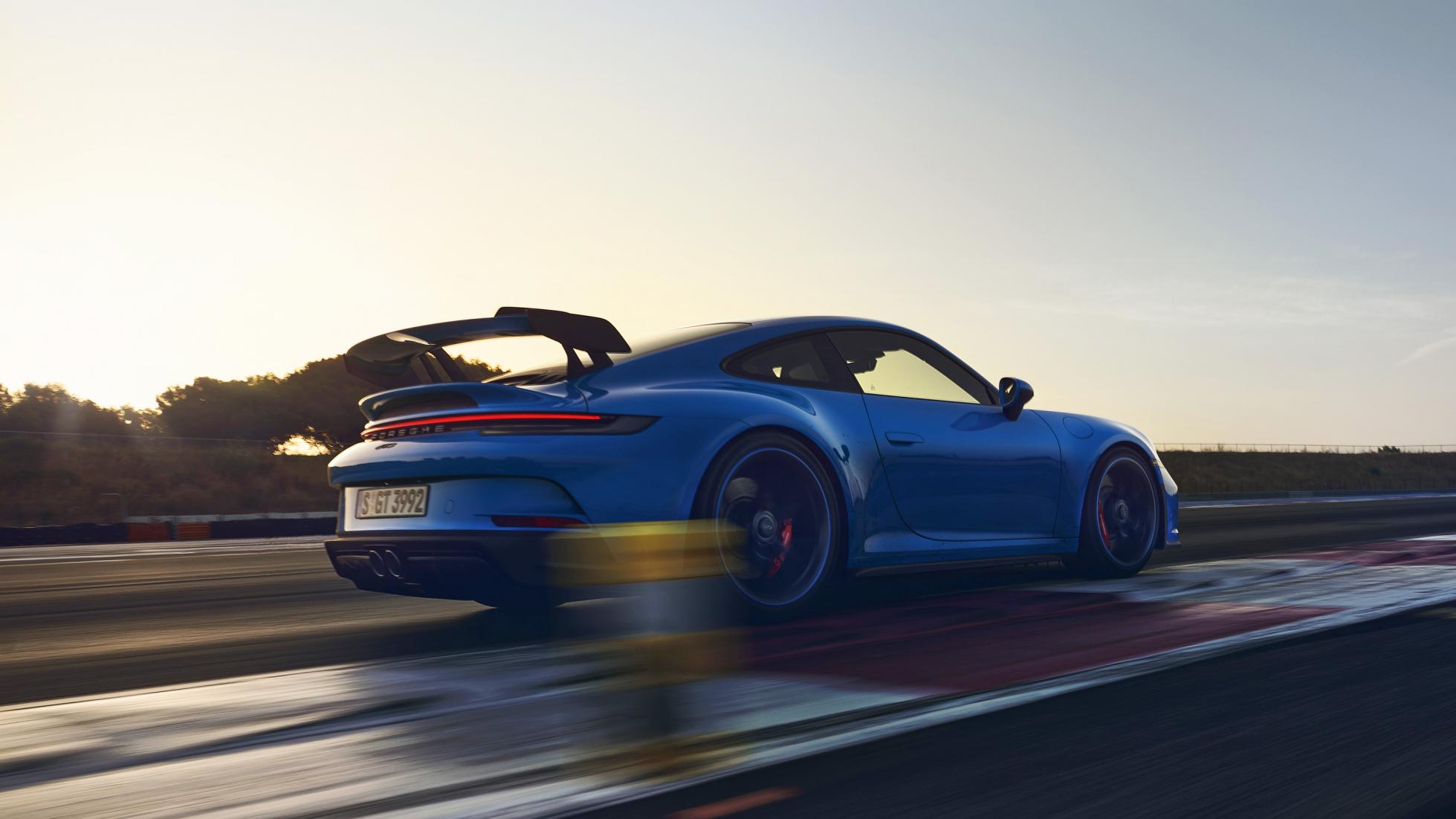 Outback there is a ‘Swan Neck’ top-mounted rear wing because the aerodynamic benefits of such a mount apparently do make a big difference over the more typical under-mounted design. More importantly, than the wing though, is the rear bumper and its proper number plate placement. I’m sorry, I’m still not ok with the 992’s lower than normal position. 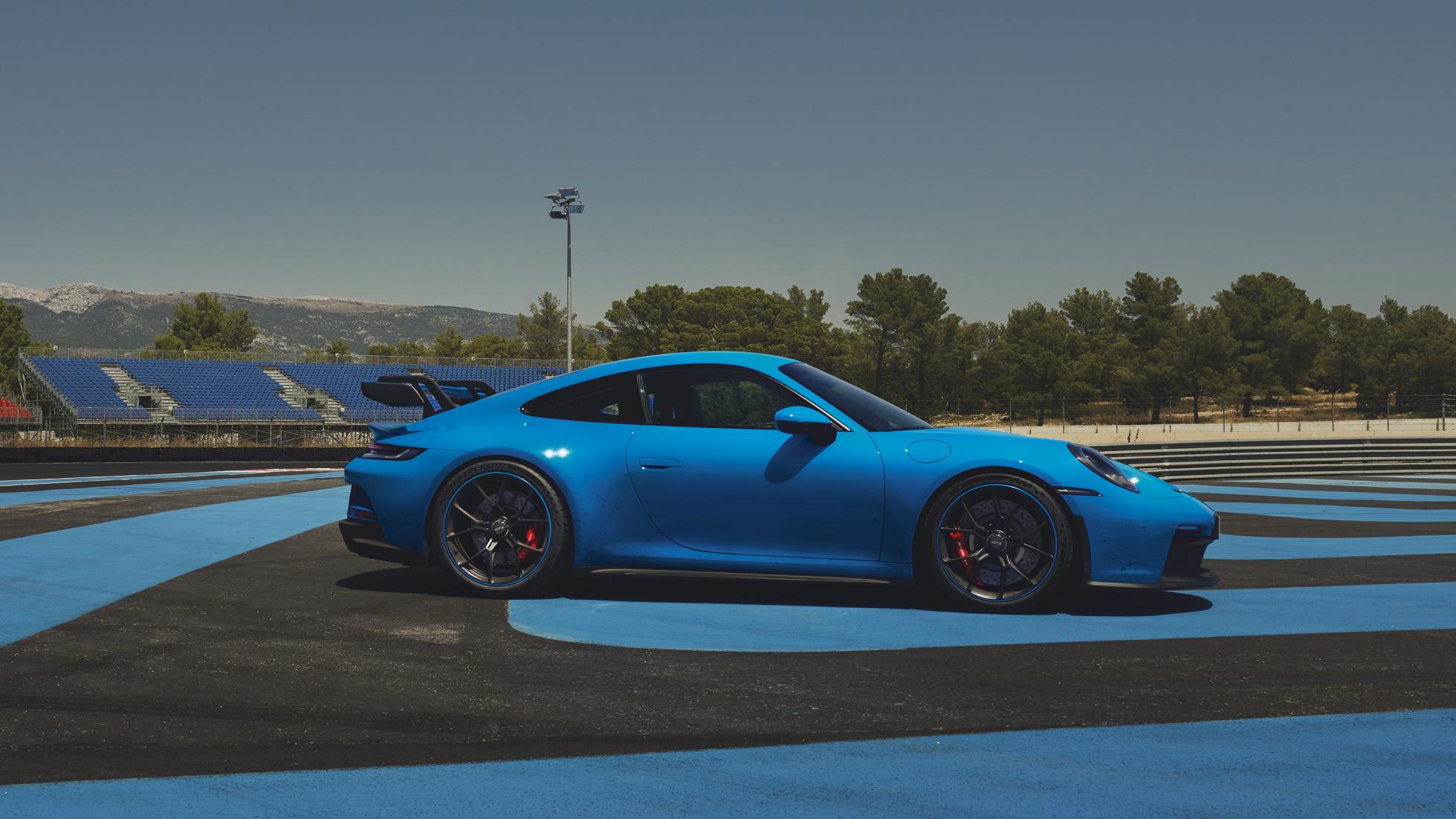 Notable changes under the hood include the addition of double wishbone suspension up front. Porsche has remained steadfast in its use of the McPherson struts with previous iterations maintaining the 911 has most of its weight over the rear, so the typical benefits you would expect to gain wouldn’t be that drastic. Why they’ve decided that now is the time to introduce it I don’t know and frankly I don’t care, because the important thing is this a car being launched in 2021 with a naturally aspirated flat-six that screams to a 9k limit – have I mentioned this yet? 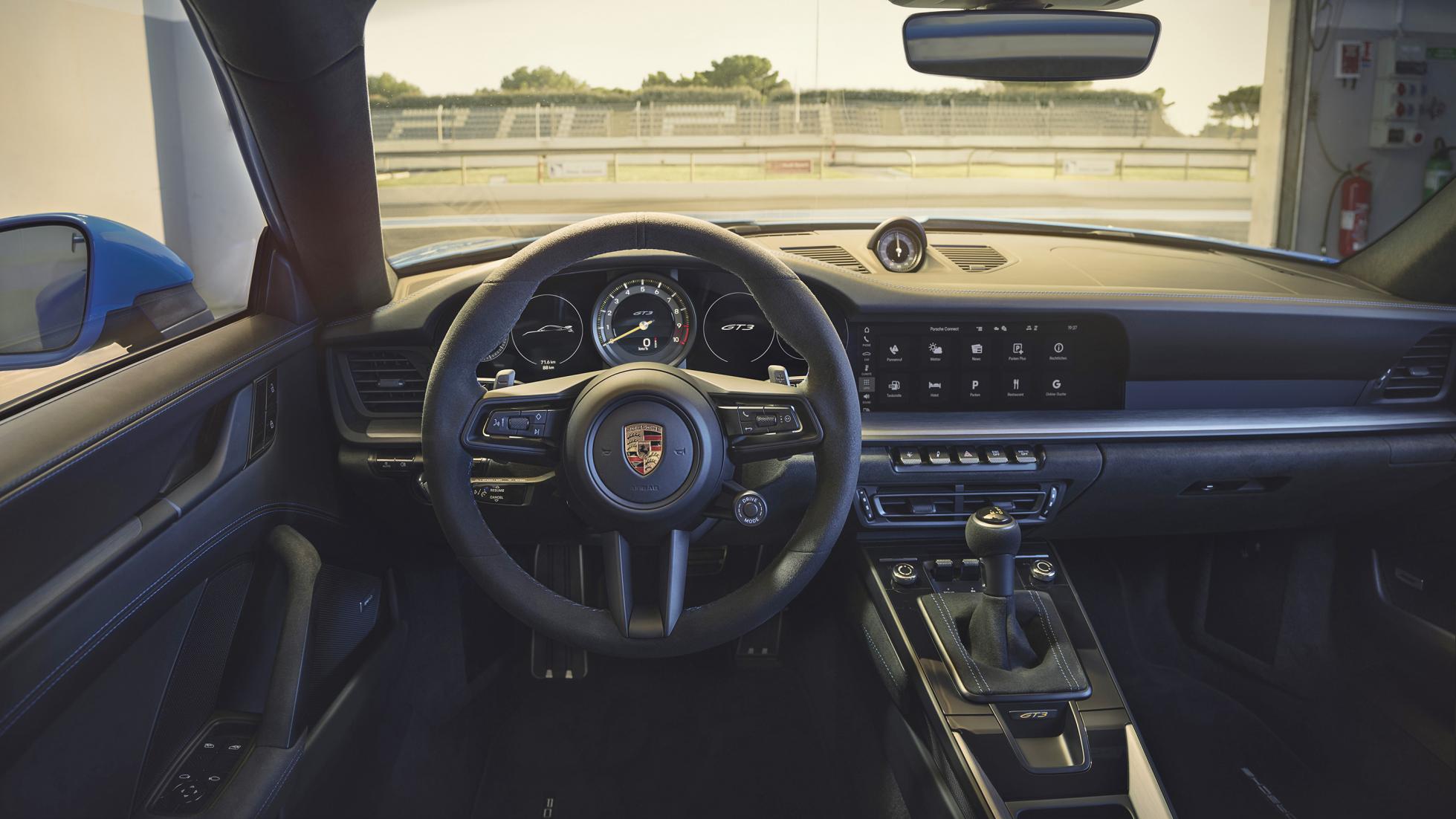 Power is up ever so slightly to 503bhp so straight-line performance is basically identical to the outgoing GT3. The motor features more motorsport parts than ever though carrying over from the 911 Cup racecar almost unchanged. The racecar derived power unit propels the new GT3 around the Nurburgring in under seven minutes – 6m 59.927s to be precise. Not only does that destroy the outgoing GT3’s time by 13 seconds, but it’s quicker than the 991 GT3RS and not a million miles away from the 918. 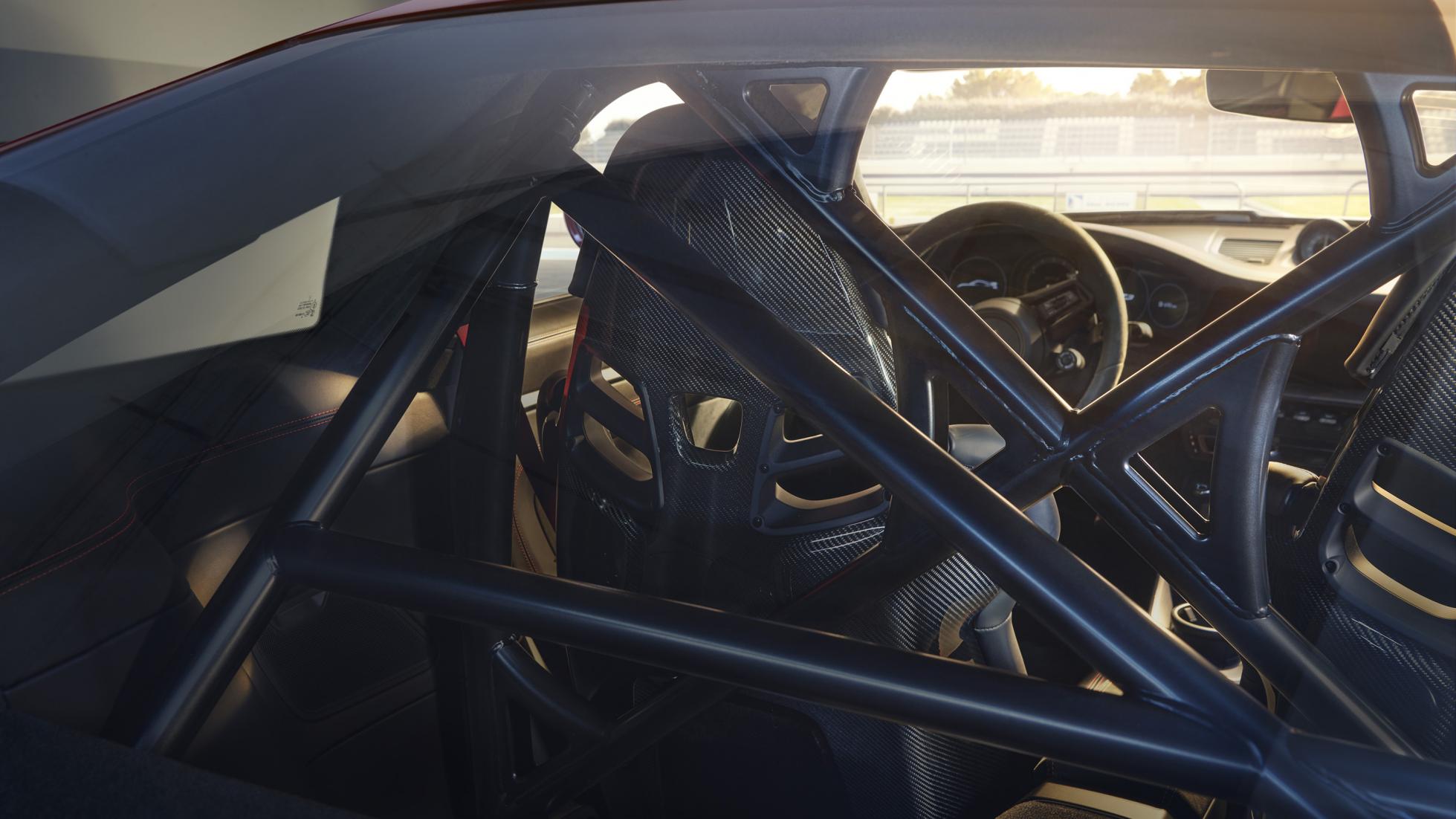 So near hypercar levels of performance, an N/A racecar motor, a manual option and almost certainly unparalleled ‘feel’ from £123k? Things are shaping up for Porsche to retain that crown, but I guess only time will tell… or of course I’d tell you if they’d let me have a go – wink wink nudge nudge Porsche press dept.