As epic as the Gymkhana films were, you could argue they were becoming somewhat ‘samey’. With his new video however, he’s thrown a curveball with the first ‘Terrakhana’.

No prizes for spotting the differences. Instead of throwing his ludicrously powerful rally cars around a city setting Mr. Block will be performing his ridiculous tricks on more natural terrain. 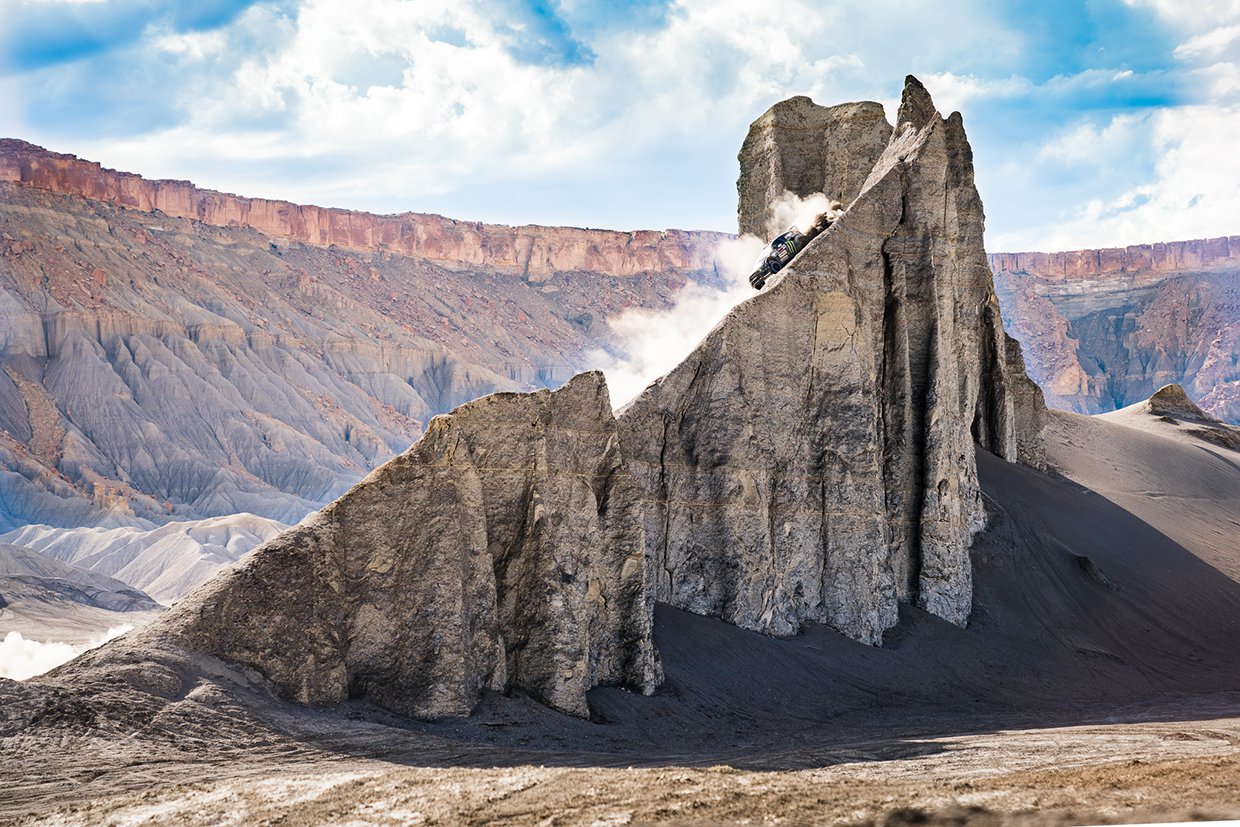