There’s a continuity to all modern manufacturer’s automotive design and Land Rover are no exception. In fact, with their range consisting exclusively of large SUVs / 4x4s, their lineup is more consistent in appearance than most. And depending on your outlook on LR’s current design language, this continuity is either a triumph or a tribulation.

Myself, I’m firmly in support of their modern motors. Their designs seem to so effortlessly marry class with a sporty aggression; not an easy thing to pull off, especially so consistently. The resulting lineup of cars from top to bottom not only appeals to a large majority, but so clearly stand out as a Land Rover vehicle. My own mother, who couldn’t discern any noteworthy differences between a Fiat Panda and an RS6, could happily pick out a Land Rover product in a sea of SUV alternatives a mile off.

In an effort to further this consistent brilliance, Land Rover has face-lifted their best selling car, the Discovery Sport, to bring it into line rather ironically with their least popular design of late; the full fat Discovery. The front end receives an eerily similar overall shape to its big brother with new headlights and grills to match. The rear end also receives new lights as well as fake exhausts and thankfully a central number plate rather than the universally hated off-centre design.

Other noteworthy changes are on the inside with the Sport receiving fewer buttons and more glass. On first impression it seems the overall interior quality has improved to near Range Rover standard, which is rather fitting as the previous more rugged approach didn’t really suit the vast majority of end users. It also leaves the gap for a smaller rugged off-roader open for the new Defender. 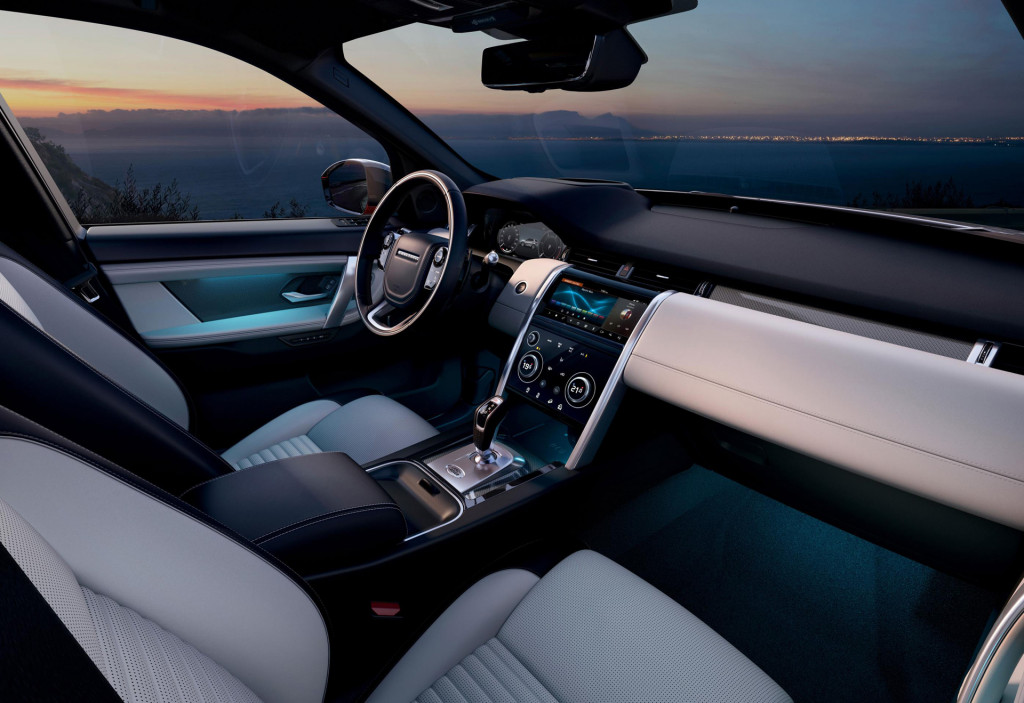 The ‘Touch Pro’ infotainment is all very modern with Apple CarPlay and Android Auto as well more exciting tech including JLR’s ClearSight Ground View system which allows superhero like X-ray vision through the body panels to see any hidden obstacles attempting to block your path.

Available in the usual trim levels of Sport, S, SE, HSE and R-Dynamic, the new Disco Sport starts at a very reasonable £31,575. Although it’s worth noting for that money you will only get a FWD 150bhp Diesel engine.