As the old saying goes, the only things certain in life are death, taxes and McLaren launching a new car with a turbocharged V8. But finally, it seems McLaren is changing the recipe. The car in question is called the Artura and in truth, the formula isn’t changing very drastically. There’s still definitely many people (myself included) craving Mclaren’s take on a front-engined mile muncher, but we’ll take what we can get. 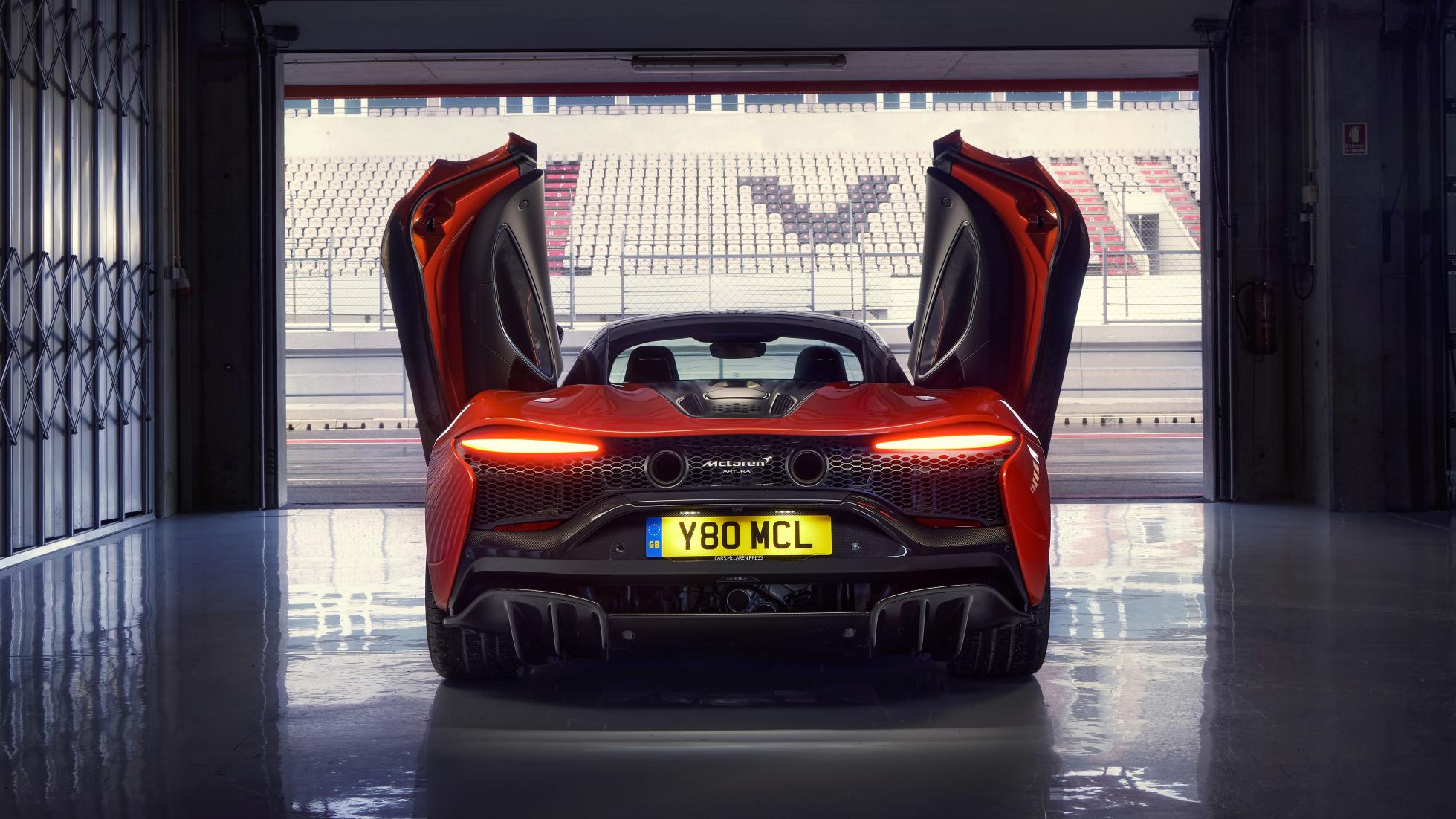 Styling, although not quite 911 level, is much more revolution than evolution, but to my eye its a very good effort. The socket headlights have been around long enough now that I’ve managed to adjust to the fairly bold look and could nearly call it a good looking car; although certainly not pretty. The rear end is unmistakenly Mclaren in that it looks considerably worse than the rest of the car. Not to say it looks bad, but the rear of Mclarens always seems to be a bit of a Friday afternoon affair – the P1 being the exception that proves the rule. 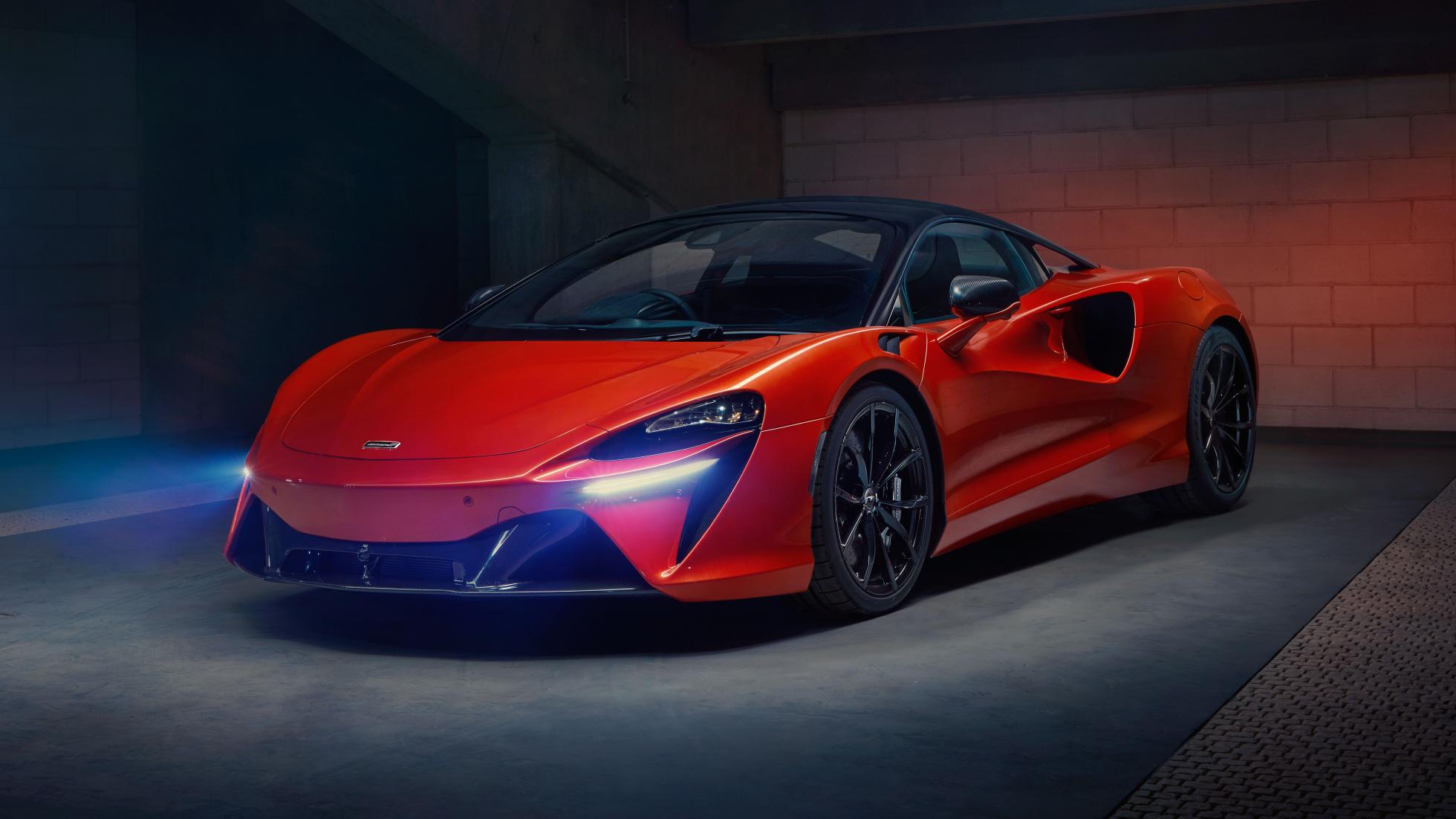 Inside is also nothing groundbreaking but that’s not necessarily a bad thing. Mclaren seems to have found their style and are sticking to it quite well. There’s minimal switchgear, none on the steering wheel, or any other unnecessary distractions for that matter. The most notable change is the instrument cluster is now mounted directly to the steering column so wherever you move the wheel, the screen moves with it. A nice idea actually when you think about it, although it does look a little odd when looking at it from any angle other than front on as it looks a little tacked on like a hornet’s nest on a roof beam.

The biggest change to address is the powerplant. Finally, we are treated to something that isn’t the same, albeit slightly fiddled with, turbocharged V8 we’ve seen since the Woking-based outfit’s first crack of the whip the; the MP4-12C-8dc-19-4. Thanks again to polar bears and their ever-melting homes, Mclaren has hybridised a twin-turbo V6 unit. It’s a ‘hot V’ configuration, a concept that we’ve come to know well over the last few years, which places the turbo inside of the V of the engine for better response.

The electrical assistance further removes any hint of lag in the more aggressive engine modes with Mclaren claiming a throttle that is twice as responsive as the non-electrified models. In more sensible modes the electric powertrain can propel the supercar on its Tod 18.6 miles. Surely enough for a silent in town start-up and cruise away from frustrated neighbours before firing up the ICE. 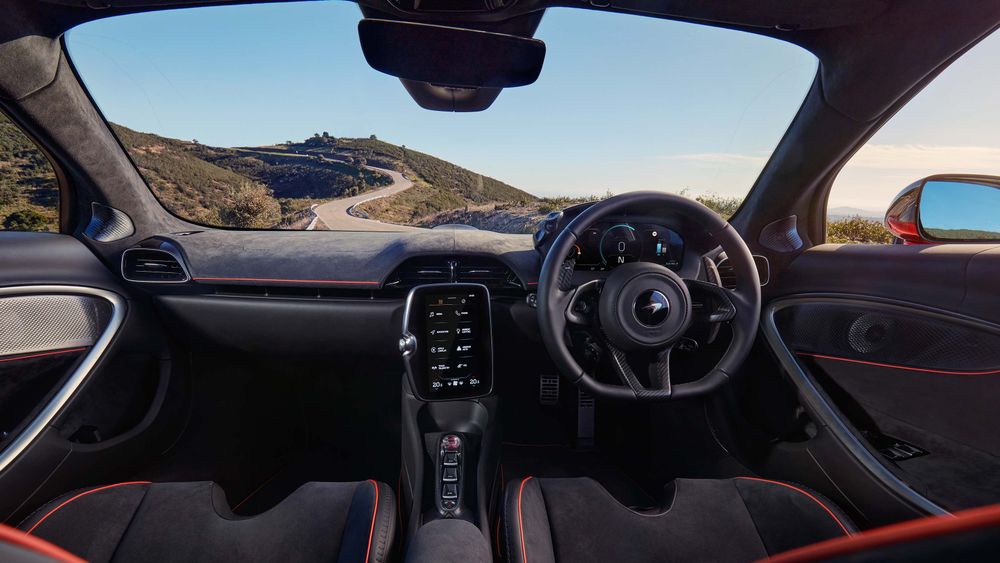 Performance figures are as you’d expect, well and truly in the ‘who cares at this point’ category. 671bhp, 0-62mph in three seconds dead, 0-124mph in 8.3 seconds, and a top speed of 205mph. The most impressive thing is the Artura weighs in at under 1400kg even with all the electrical gubbins. Seeing as one of the closest rivals would surely be the Honda NSX which weighs close to 1800kg, that’s an incredible achievement.