Call me old fashioned or, straight up wrong, but I don’t think Woking’s latest offering is a GT. To me, a Grand Tourer is a front engined two seater designed to marry performance and comfort, with the latter wearing the trousers for the majority of the relationship. Interior should be luxurious, not just in material selection, but in design language as well (see Bentley Continental or AMG GT). 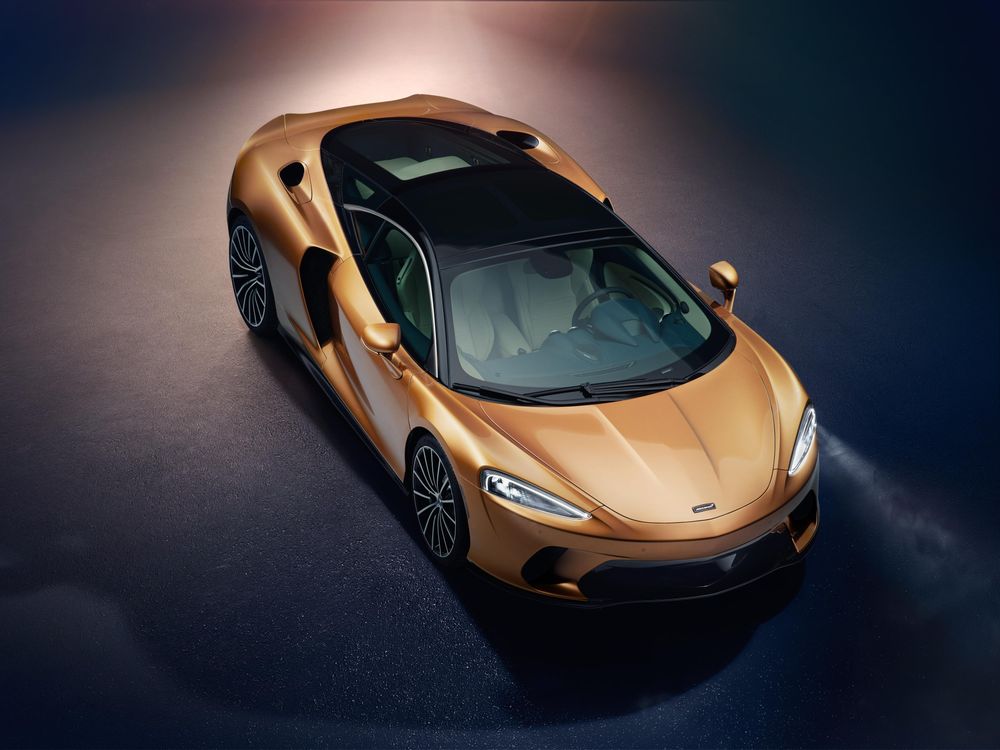 There should also be an element of class to a GT car. An ‘oh this old thing’ level of humility while simultaneously standing out as something special, particularity to the trained eye. A GT in a supercar form factor with silly doors will have everyone you pass on the M1 beaming and taking photos. Not classy at all. However, being built with the same basic ingredients as the rest of McLaren’s lineup means this is almost certainly going to be an annoyingly good car to pilot.

Pretend to be surprised to learn that the GT uses a Turbocharged V8, this time based on the 4.0-Litre motor found in the 720s. A slightly different tune and a few new parts later, the GT produces 612bhp and 465lb ft of torque. Less than the donor car, but still 0-62mph takes just 3.2 seconds and 0-124mph can be achieved in just nine seconds. Flat out the GT will hit 203mph.

Aesthetically, the GT is unmistakably a McLaren while refreshingly unique compared with the rest of the range. There’s design cues from the 570s as well as the top of the line Speedtail – another car McLaren have the cheek to call a Grand Tourer. While a shade shorter than the Aston it competes with, its overall shape is noticeably taller than previous McLaren’s or any mid engine supercar I can recall for that matter. A necessary trade-off in order to facilitate the GT’s golf bag carrying capability; a feat McLaren are keen to shout about. It’s far from McLaren’s prettiest effort, but compared to the Senna it’s smooth and very nearly attractive even with the odd humpback stance.

Surprisingly, the one McLaren feature that hasn’t been carried over to the GT is the infamous hydraulic suspension. A system Jeremy Clarkson once praised in the 12c saying ‘you’d get more a jolt driving a Rolls Royce over a Jaffa Cake’. McLaren instead have opted for Proactive Damping Control software which scans the road ahead and adjusts the suspension setup accordingly in as little as 2 milliseconds.

Prices start from £163,000, which seems reasonable when compared with it’s rivals. How well it will sell however, I’m not sure. I mean who looks to buy a mid engined McLaren and then decides luggage space is of paramount importance? No, for my money I’d go for an AMG GTS and pocket the change or opt for a proper all out supercar rather than a slightly funny looking hybrid of the two. But in a world where cars like the Senna and the RR Culinan succeed I guess anything is possible.