Whether to thank peer pressure, poor sales of the four-pot models or the Norse Gods, I’m not sure. But the important thing is, Porsche has caved and the GTS versions of the 718 Boxster and Cayman will receive versions of the flat-six that found its way into the GT4 and Boxster Spyer; the 4.0-Litre 9A2 Evo.

Unsurprisingly, the engines will be rained in reducing power to from 414bhp to 395bhp; still a respectable amount for Porsches smallest sports cars. Oddly for 2020, a manual box has been confirmed with a 0-62mph time of 4.2-seconds and no mention has been made of an auto. Top speed is again a very respectable 182mph. 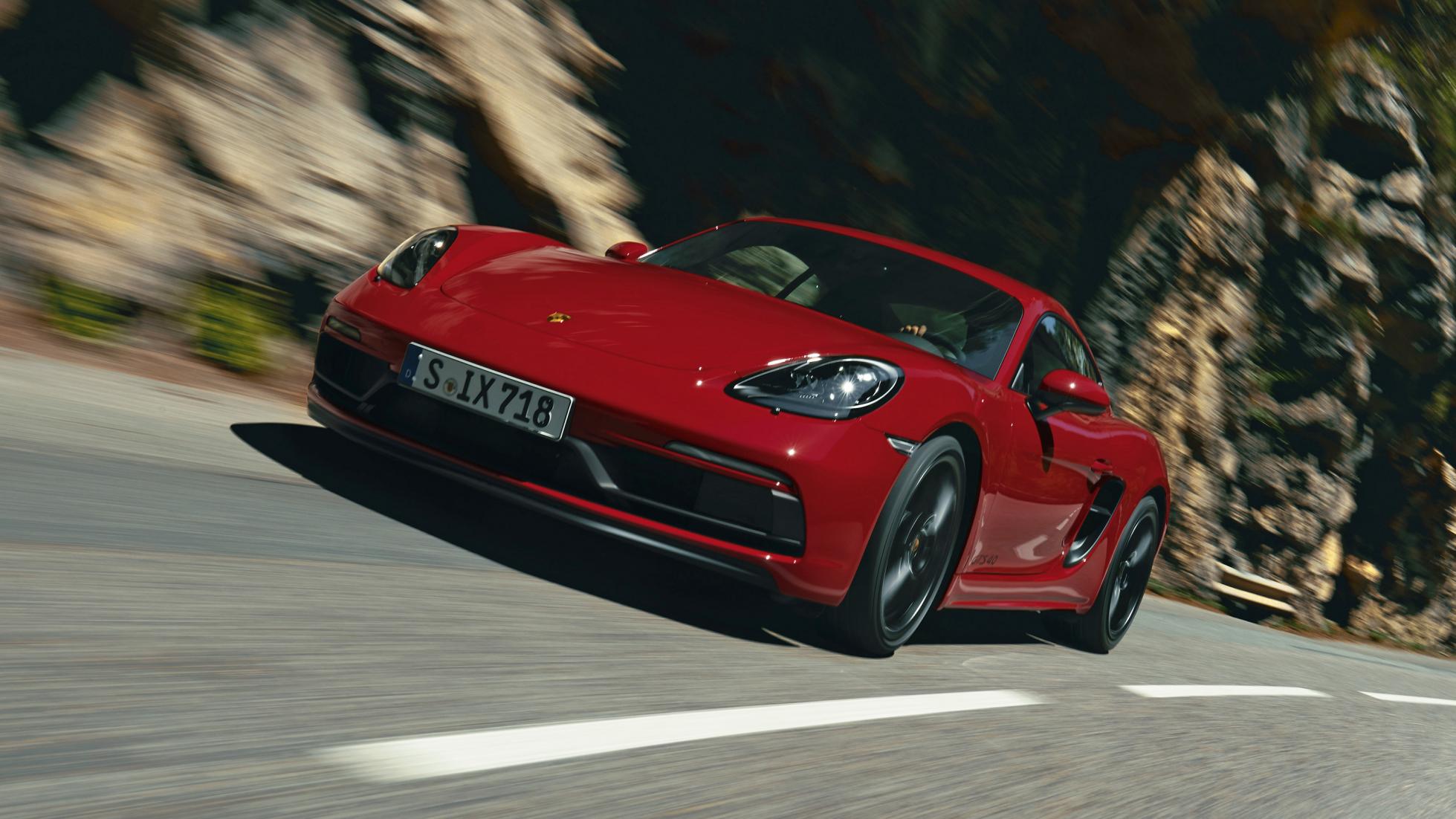 The chassis/suspension upgrades found on the Spyder and GT4 aren’t ported over, which isn’t too shocking given that both of those cars are now proper GT department stuff. But, the exhaust system does including the somewhat irritating particulate filters; so the cars will sound the same as their more expensive counterparts

The suspension has been tweaked however and receives near as dammit as many acronyms as the fully-fledged GT cars. Including PASM system and a 20mm drop from standard, torque vectoring (PTV), active drivetrain mounts (PADM) and Sport Chrono pack. 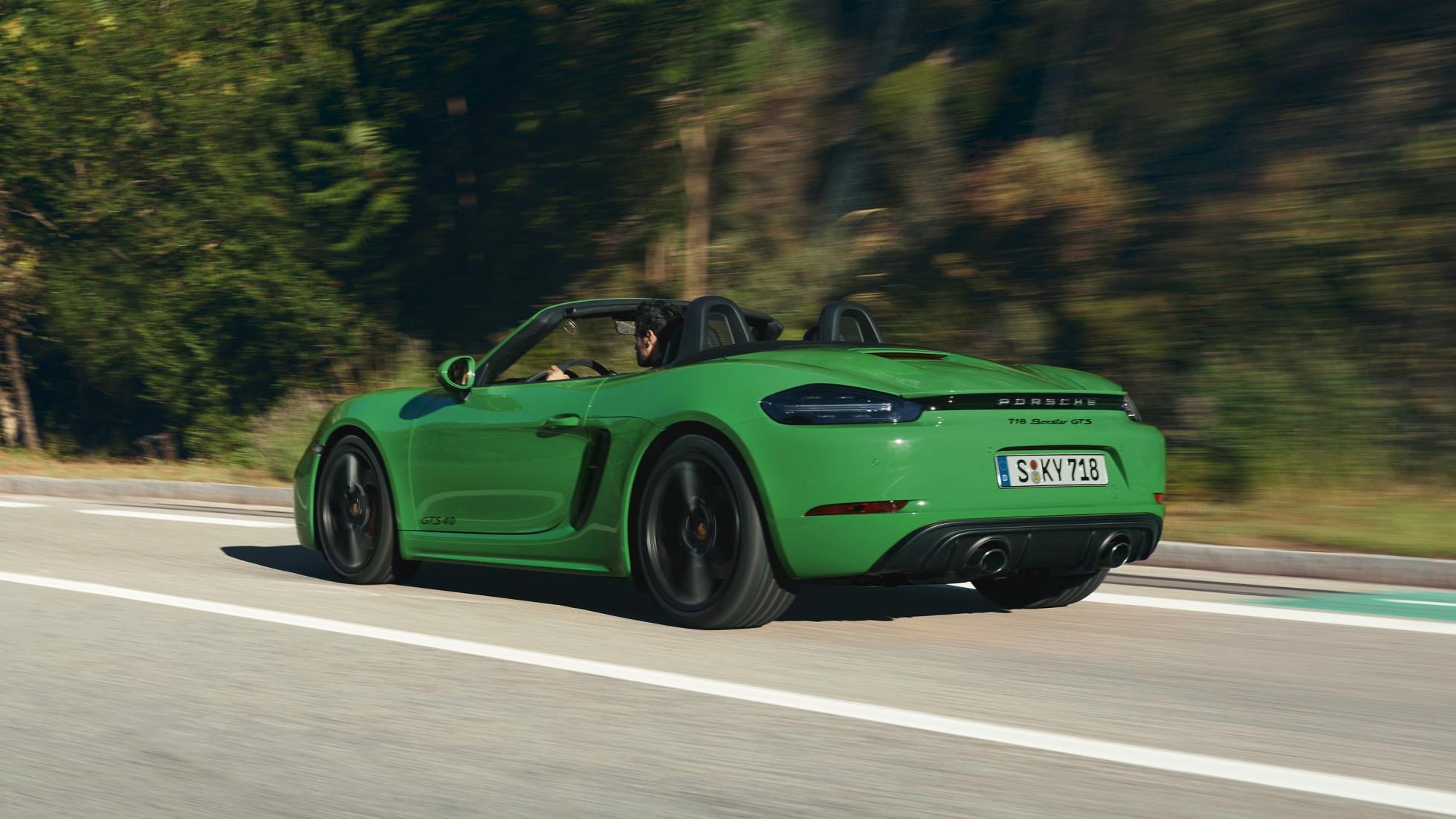 Cosmetic tweaks to ensure people are fully aware you’ve dropped the extra cash for a GTS include 20-inch black wheels, GTS stickers for days and the option for Ceramic brakes in the infamous Porsche yellow colour scheme. You also get darkened trim pieces including a slight tint on the rear lights, spoiler lip and air intakes. The lowe bumper design on the rear is also slightly different… apparently.

Inside there’s the usual amount of Alcantara and contrast stitching you’d expect from a GTS. There’s also Sports Plus seats and a range of other little touches to remind you that you’ve spent an extra £10k on more than just three extra letters on the badge. 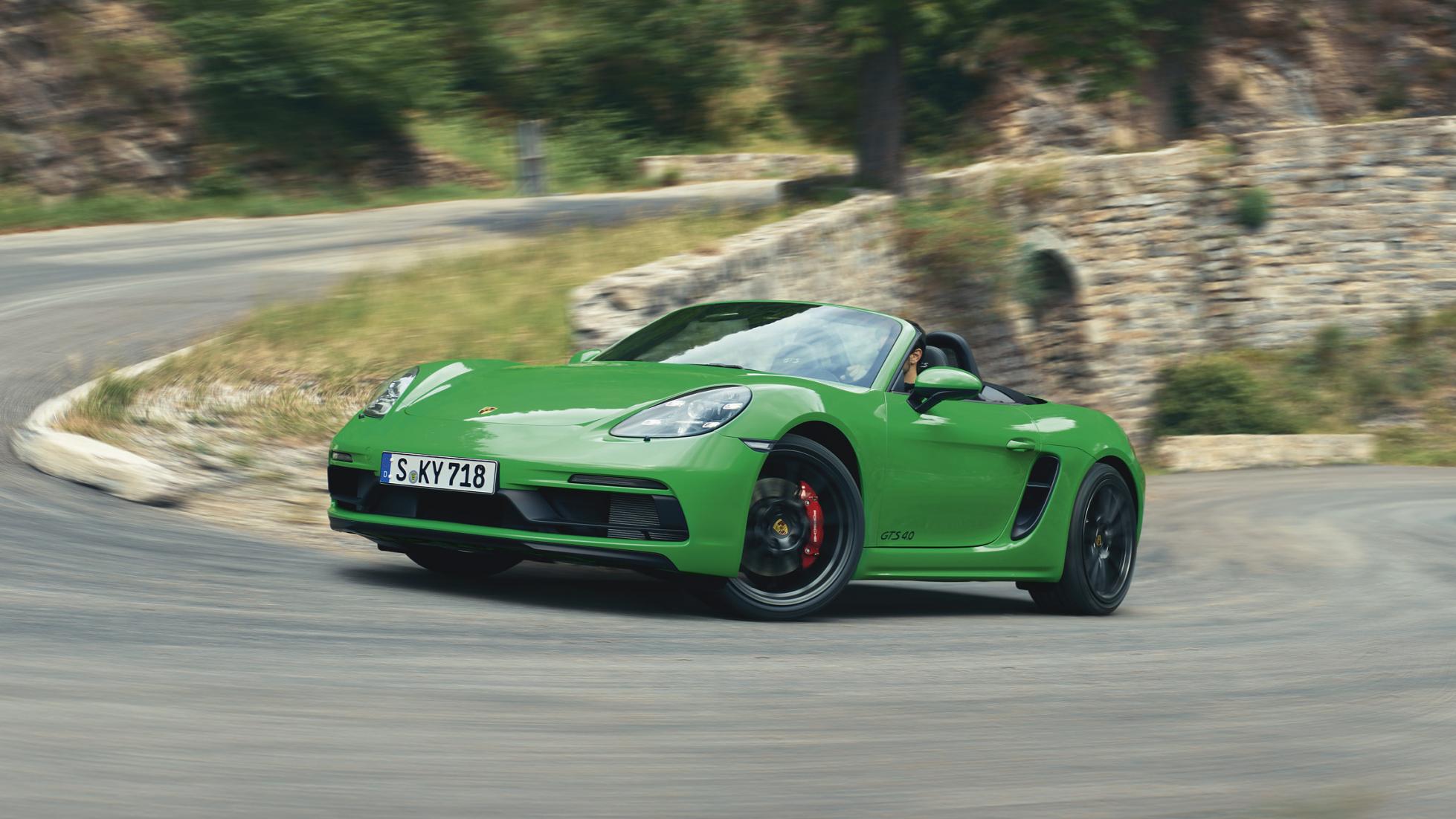 On the face of it at £64,088 and £65,949 for the Cayman and Boxster respectively, they’re nearly as expensive as a base GT4. However, you’ve got to remember that both those GT4 and Spyder are all gone and priced at well over £100k on the used market so really, these are a bargain.