It was only back in march with the reveal of the F8 Tributo that I was bleating on about how Ferrari didn’t have the know-how or the balls to chuck hybrid tech in their ‘normal’ mid-engine cars. And while I wasn’t totally wrong as the new SF90, aside from sounding a little like some sort of extreme edition sun cream, is considerably too much to money to occupy the lower tier mid-engined slot, it does mark a significant change in direction for Ferrari.

However, although it may boast desperately impressive Hypercar like performance figures, it’s a not a million pound limited run car like the LaFerrari. With options, you’ll do well tip the scales over £500k. A bargain when you consider this car will demolish 0-62mph in 2.5 seconds, 124mph in 6.9 and, for those who really care nowadays, carry on to a top speed of 212mph.

Unlike the stubbornly rear driven Laferrari, the SF90 silently concedes that Porsche’s approach with the 918 might have been the better recipe back when the holy trinity came on scene. With a turbocharged V8 serving up the majority of the 986bhp to the rear wheels and two more electric motors driving the fronts, it’s undeniably similar to the now six year old 918. That being said, Ferrari have felt the need to include yet another electric motor between the V8 and Ferrari’s new eight-speed dual clutch transmission; proper F1 stuff. All this means that this is the most powerful road going Ferrari ever.

Despite the addition of all the heavy electrical gubbins, the SF90 weighs in at an impressive 1570kg (270kg of which is the aforementioned extras). This figure alludes to just how much work as gone into this new creation. While visually similar in proportions, it’s most unlike the F8 Tributo, which was based on the 488 (and therefore the 458). The underpinnings on the SF90 are all new and unsurprisingly, mostly carbon fibre. The F8’s lack of an overhaul is starting to make sense now. 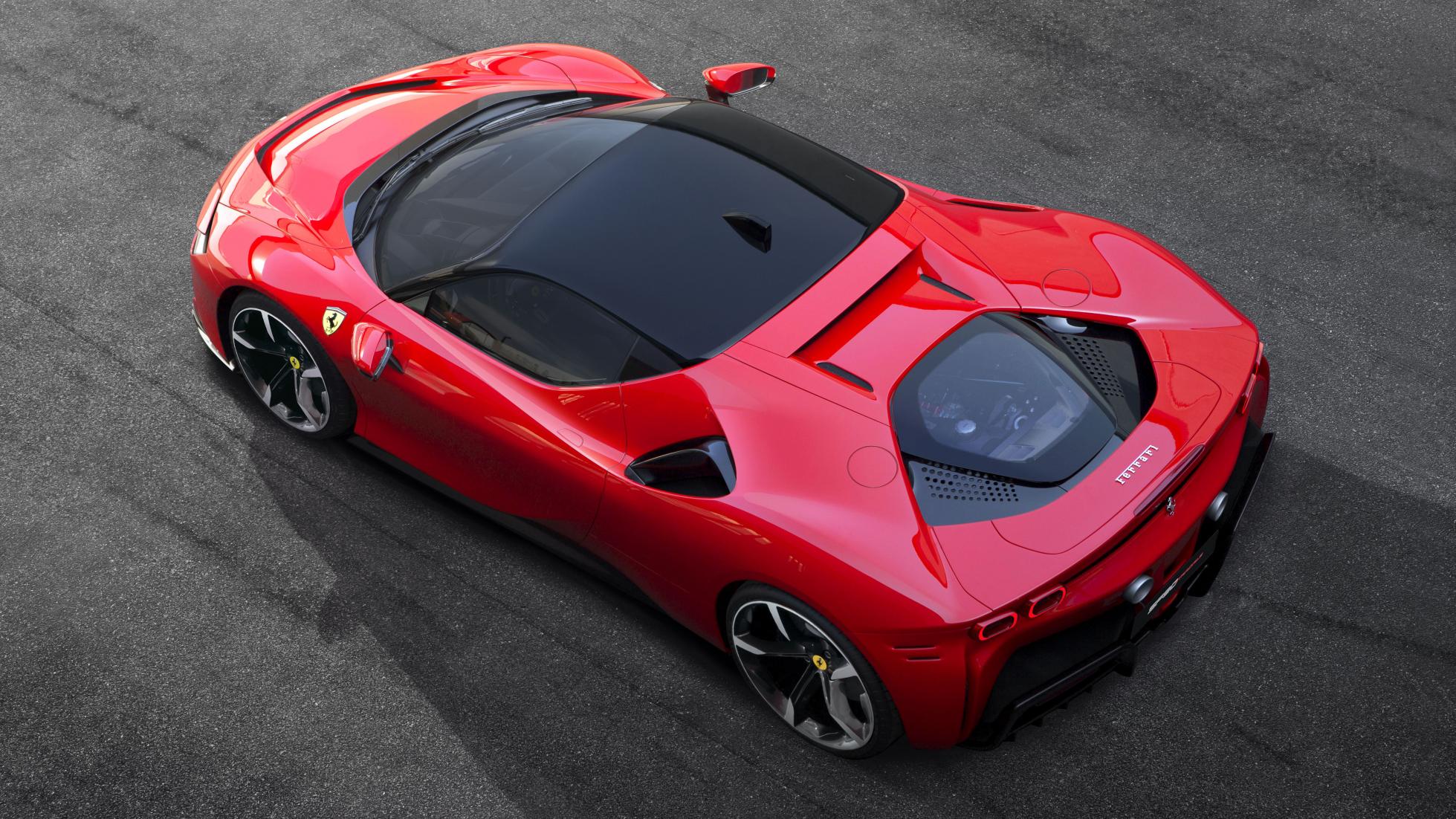 Aerodynamic improvements are of course countless, but the most interesting one is Ferrari’s gate like shut off on the rear wing.  If one of the car’s many brains decides more downforce is needed, under heavy braking or hard cornering for instance, the gate is shut. Conversely, if the SF90 needs to be more slippery it opens lessening drag and increasing pace.

So it’s very clever, but I can’t help but think it could be a prettier car. It’s leaning dangerously close to the right of the form vs function scale, an area dominated by McLaren and their apparent hatred for anything more attractive than Nanny McPhee. It could be something to do with dropping Pininfarina, but Ferrari used to be much better at this balancing act, producing some properly good looking cars that still produced more than a few bags of sugar in downforce.

This and Ferrari’s relentless pursuit of pace has really got me leaning towards camp Porsche in recent years. Ferrari aren’t the only ones guilty of this, but cars just keep getting faster and faster while Britain’s road’s are getting slower and slower with more cameras and even talk of speed limiters now. So what’s the point? I know that’s sacrilege and I should be pining for more power, even faster shifts and enough downforce to drive upside down, but I’m just not. And I don’t think I’m alone.

Not so long ago a 500bhp Ferrari could easily quench the thirst for speed and even land yourself in prison let alone a slap on the wrist and a few points on your license. But with the blisteringly fast evolution of computer systems now onboard all cars, crazy power figures are so much more manageable. But just because we can, does that mean we should? I would much prefer to drive an F430 with a gated manual to the coast on a sunny Sunday afternoon than the comparatively uneventful SF90 as you’re only going to be able to use 10% of the performance. And because of the state of Britain’s roads, not only would I have more fun, but I wouldn’t be all that far behind the SF90 anyway.

This is what I respect about Porsche’s current crop of cars. They get that it’s not always about getting from A to B as quickly as possible. Sure, they make cars capable of decimating lap records with the likes of the GT2RS, but they bought the manual back to the GT3. They introduced the incredible 911R and their latest project, the Speedster.

For me, Ferrari still sit at the top of the pile, but if they carry on at this pace I can only see their future cars being admired for their spec sheet, not actually being cars you really crave to drive. If I had 4 or 500k kicking about I’d pass on the SF90 and hit up the classifieds for some super cars that can really grabbed by the scruff of the neck and be driven to the max. 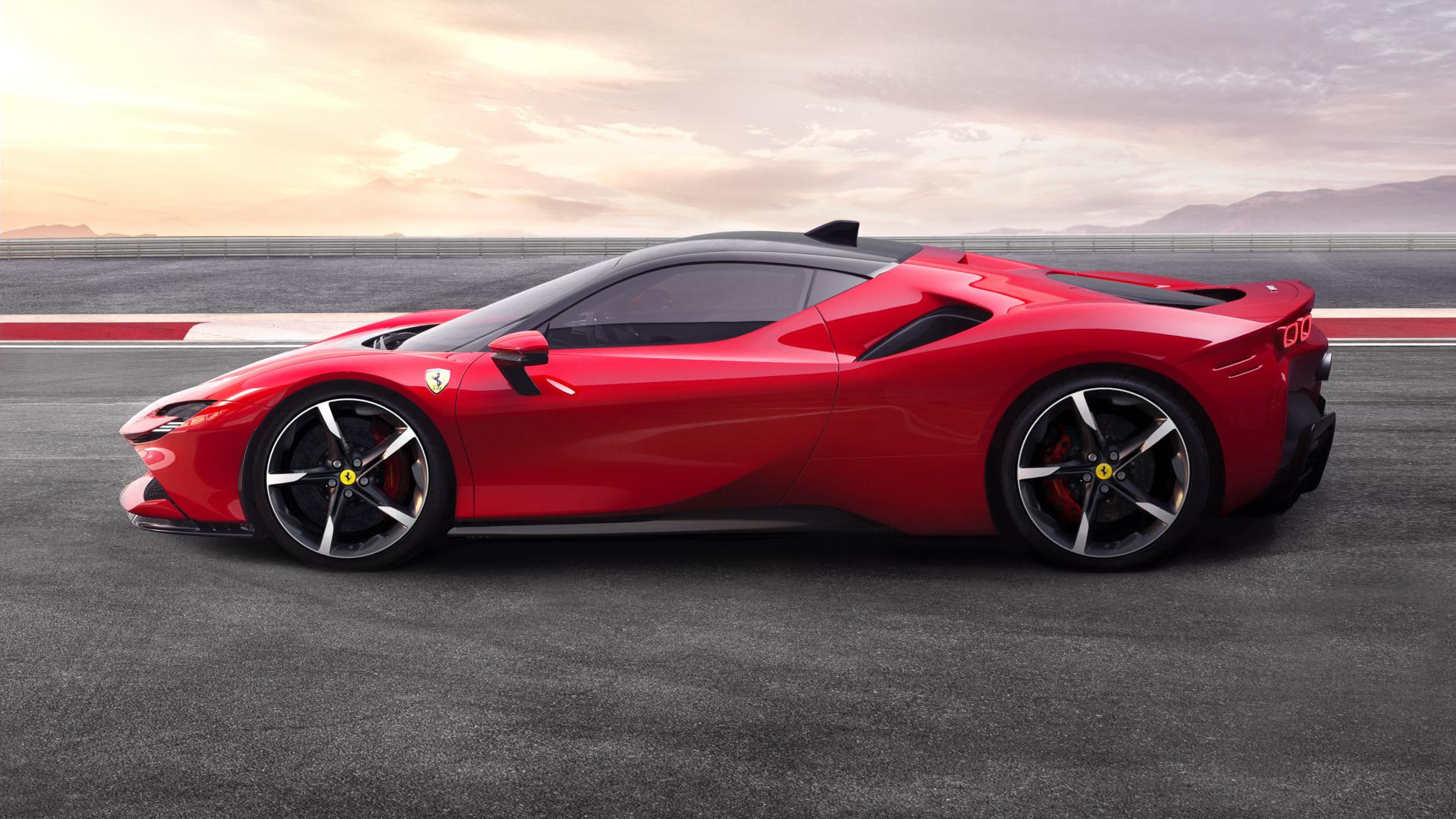