Just ask Toyota and they’ll tell you how difficult is to reinvent an icon in the modern age. It’s an impossible task, but one Land Rover needed to take on. Not because the Defender will be it’s new best selling vehicle or that the world really needs another SUV; no matter how good it may be. No, Land Rover needs the Defender to give the whole brand credibility.

One of the main reasons people plump for Land / Range Rovers over the myriad of other options that see the SUV market bursting at the seams is because of the Land Rover DNA that flows through all of them. This whiff of extraordinary capability that any and all Land Rovers possess is, I think, why people flock so lovingly towards them. 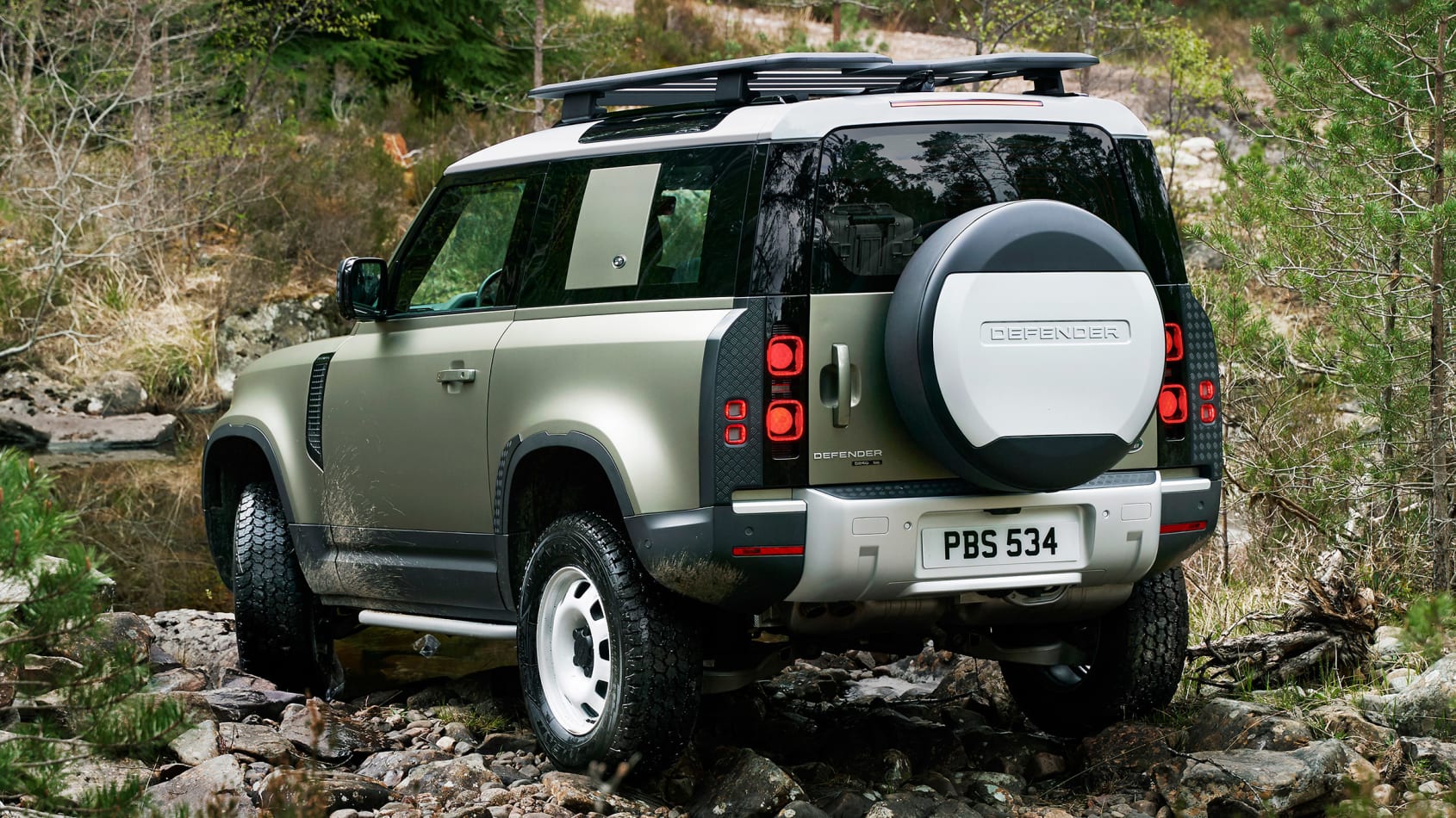 In the same way that you might buy a watch that can accompany you on a deep-sea dive and keep working at depths long after you wouldn’t, knowing your family SUV is able to drive up a mountain or cross a desert gives immeasurable confidence when popping to the shops or parking in a muddy field. Porsche have a similar story with the success of their SUVs. One of the reasons they sell so successfully is because of the credibility the brand has thanks to several generations of creating the best sports cars money can buy. 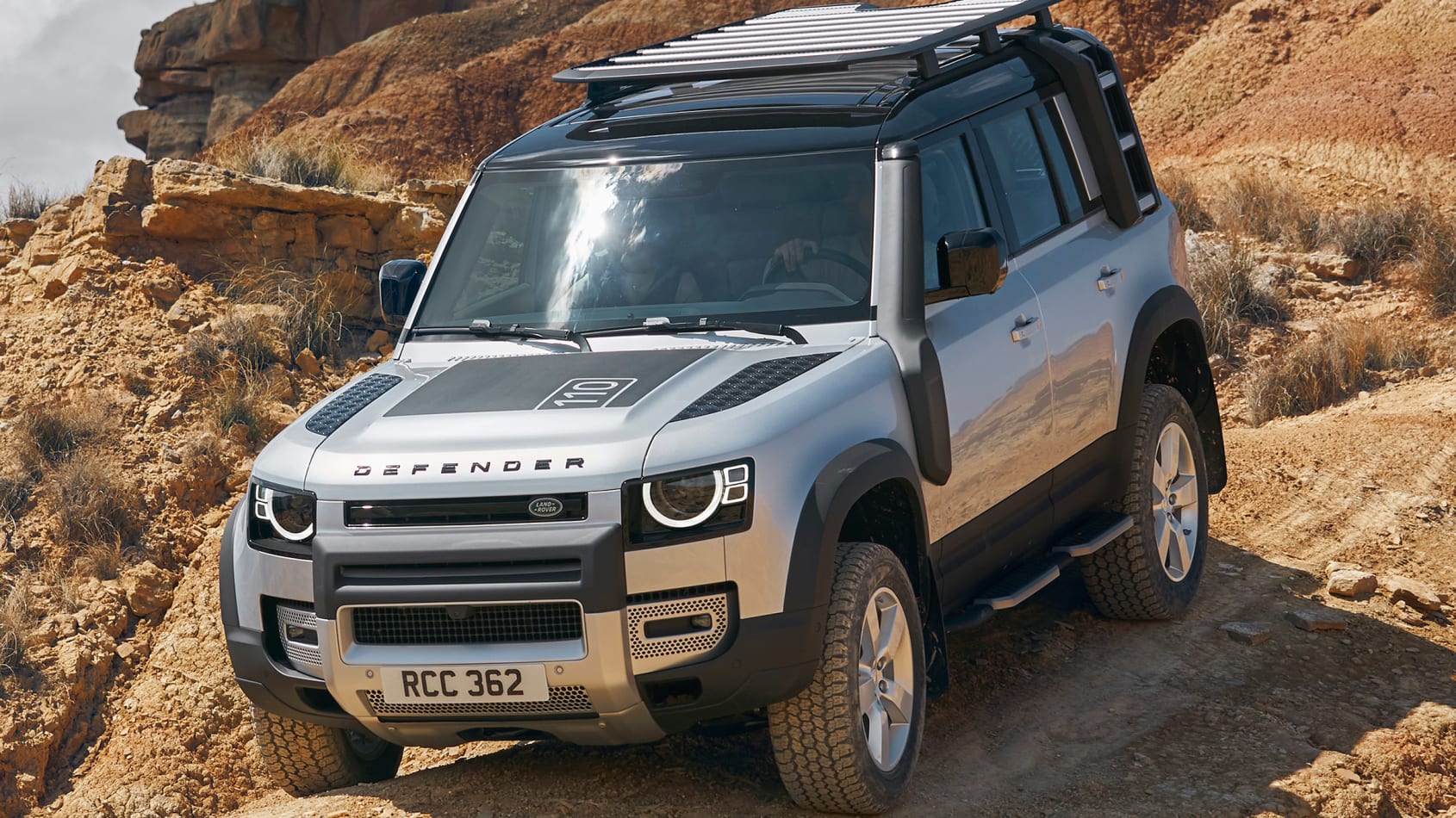 Despite the need for this vehicle however, every aspect of it will undoubtedly come under fire and relentless criticism. It’s already receiving hatred from keyboard warriors for the way it looks, although you can bet your house had Land Rover taken a similar route to that of the new Mercedes G Wagon, there would have been hate in equal measure for that design. This is because unlike the G Wagon, the Defender to most people is more than just a car.

The very same keyboard warriors are already proclaiming this car the ‘Land Rover Pretender’. “If it ain’t broke don’t fix it” they cry. Well, guess what, the old one was broken. It didn’t drive very well, it’s safety rating was appalling, it was unreliable, uncomfortable and difficult to get in and out of.

It was a capable machine off-road especially with a few tweaks and it certainly had its good points, but this romanticised view people cling to of lowly of old farmers beating round in their 30-year-old Defenders then jet washing the interior is frankly bollocks. ‘Utilitarian’ is the buzz word of choice for the discerning keyboard warrior, but very very few people actually need a vehicle quite as bare-bones as the outgoing Defender. What people want in the 21st century, is a 21st-century vehicle; hence why up until now, most people you’d expect to see Defenders, have replaced them with better-refined pickup trucks. 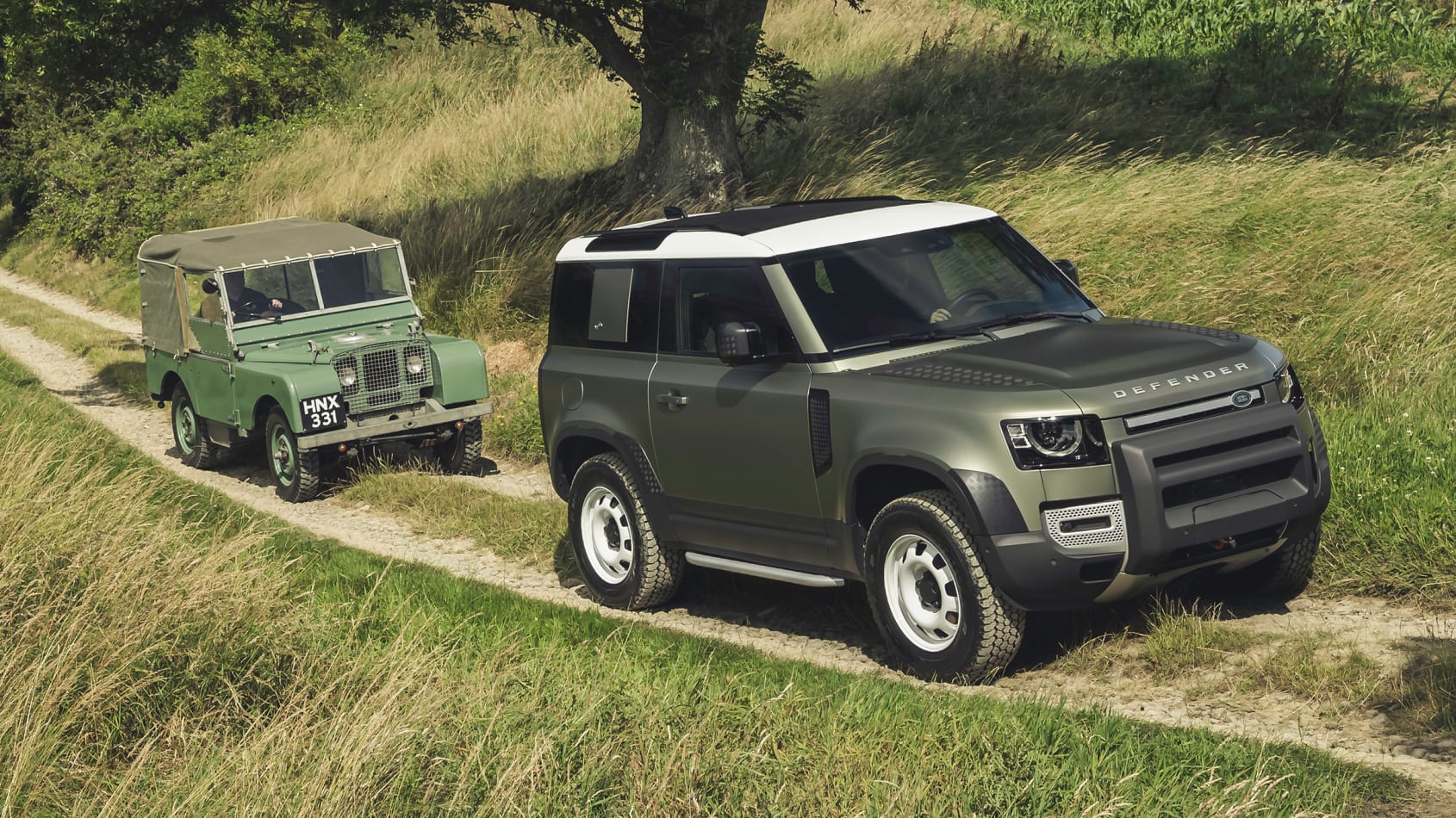 Anyway, enough moaning, what’s the new one got going for it? Well gone are the live axles, replaced by independent suspension all around which is sure to be immeasurably better on-road and, thanks to the million onboard computers, still devastatingly good off it.  Air suspension is standard on the 110 and an optional upgrade on the smaller 90.

Gone too are the flat, riveted panels. Underneath the new Defender is an aluminium monocoque dubbed D7X, that promises unrivalled rigidity and a stationary payload of 300kg on the roof. The overall payload is 900kg and there is a utility version coming next year with no rear seats meaning you can really make the most of that figure. 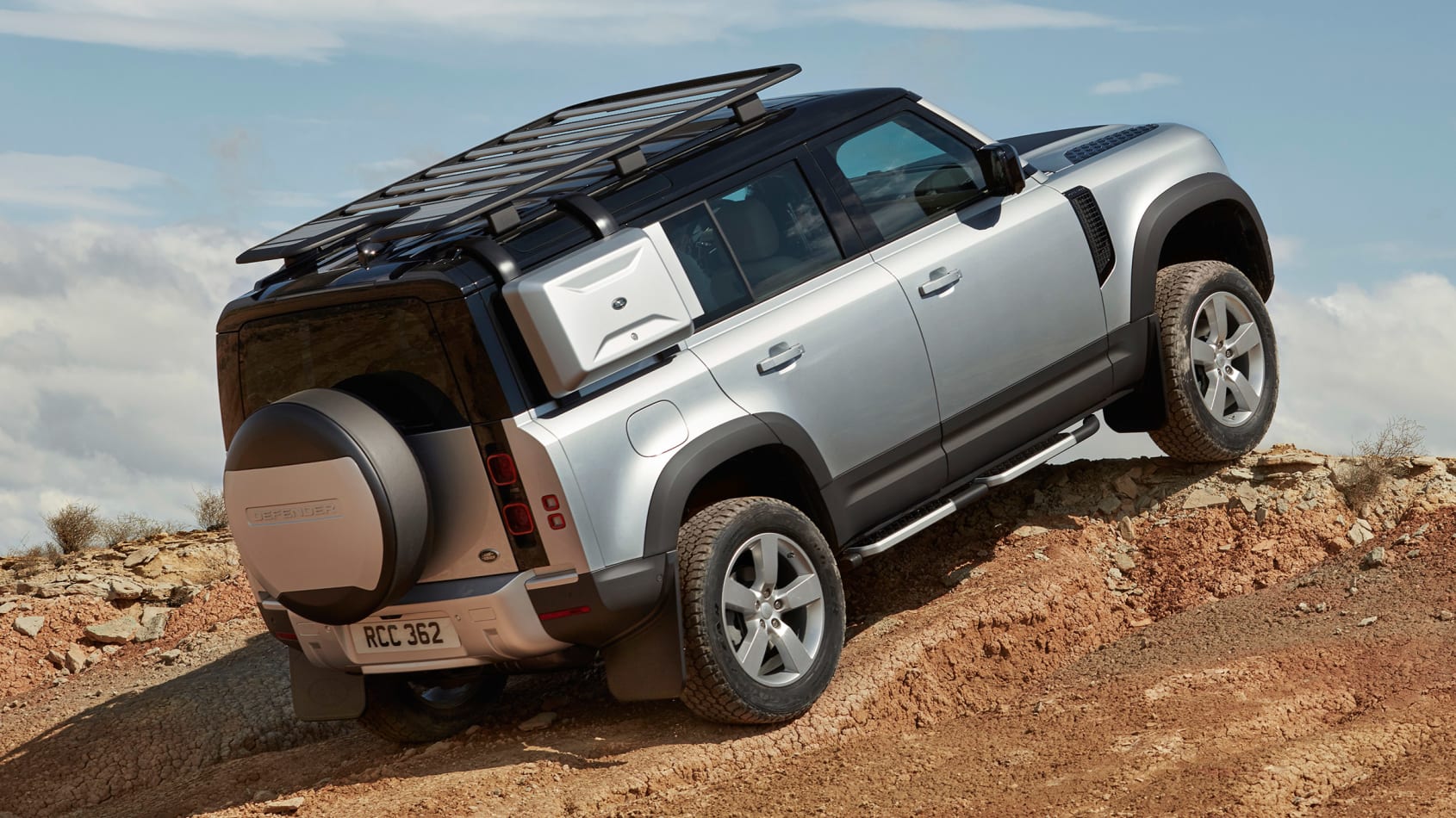 Petrol engine options include a turbo straight-six that boasts an electric supercharger allowing for a 0-62mph time of 6.4 seconds. There’s also a 300bhp turbo four-pot, which is slightly less economical and not as quick. There are two flavours of Diesel engine either a 200bhp or slightly more pokey 240bhp. Whichever you choose will be coupled to an eight-speed auto (no manual available) with a two-speed transfer box. 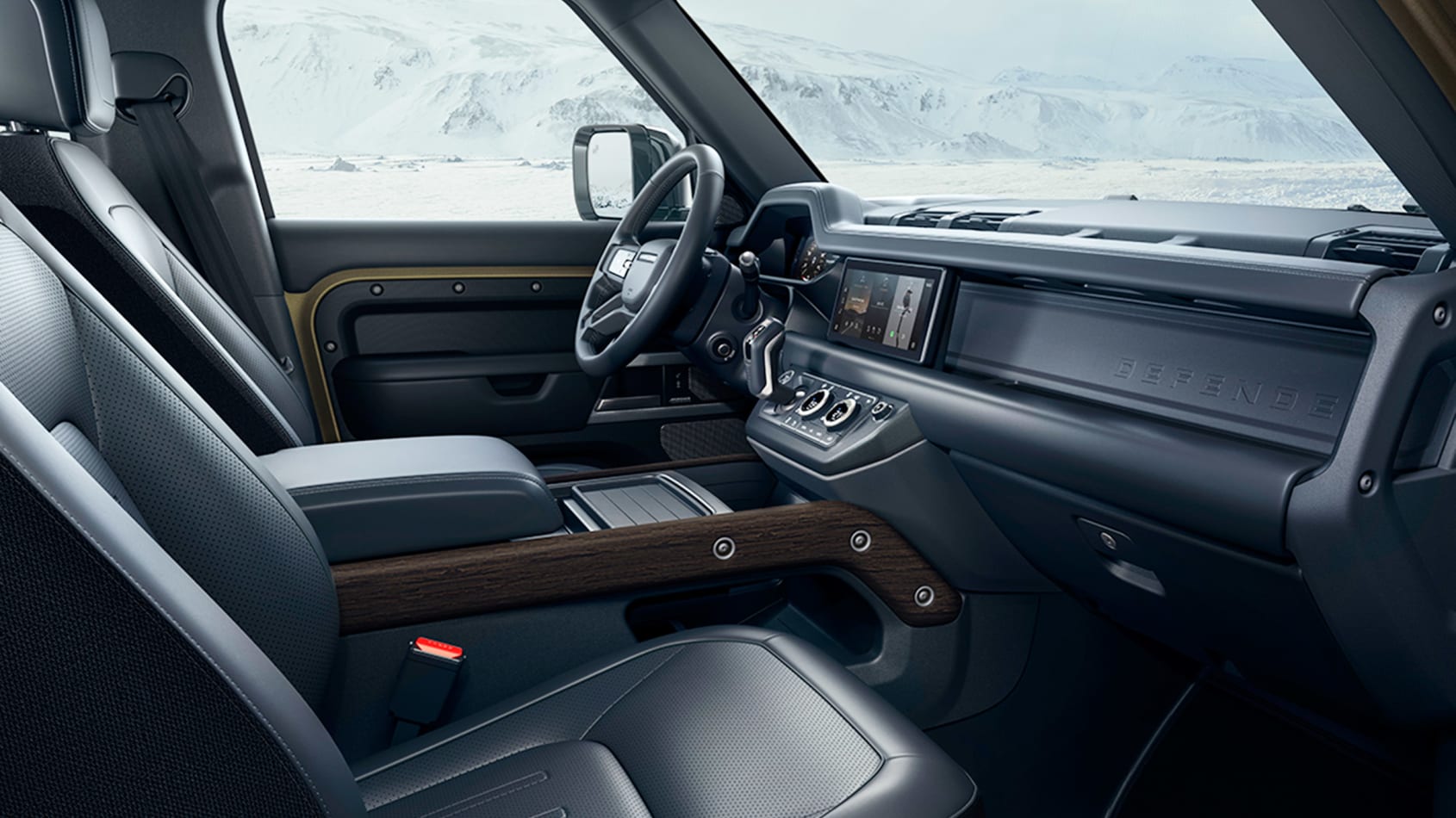 The interior is frankly delicious and I think LR has nailed it. There’s an option for a middle jump seat upfront or a chunky looking centre console. Opt for the more traditional jump seat, the 110 can carry eight people with the 90 managing six. A substantial beam occupies the majority of the dash and is certainly reminiscent of the earlier Defenders. It’s not just for show however, this beam is a structural magnesium alloy so strong you could push the car using the grab handles alone.

Only time will tell just how well people adapt to the Defender’s new look. I’m fairly confident once the general public get’s their hands on them and starts modifying, it’ll really come into its own. 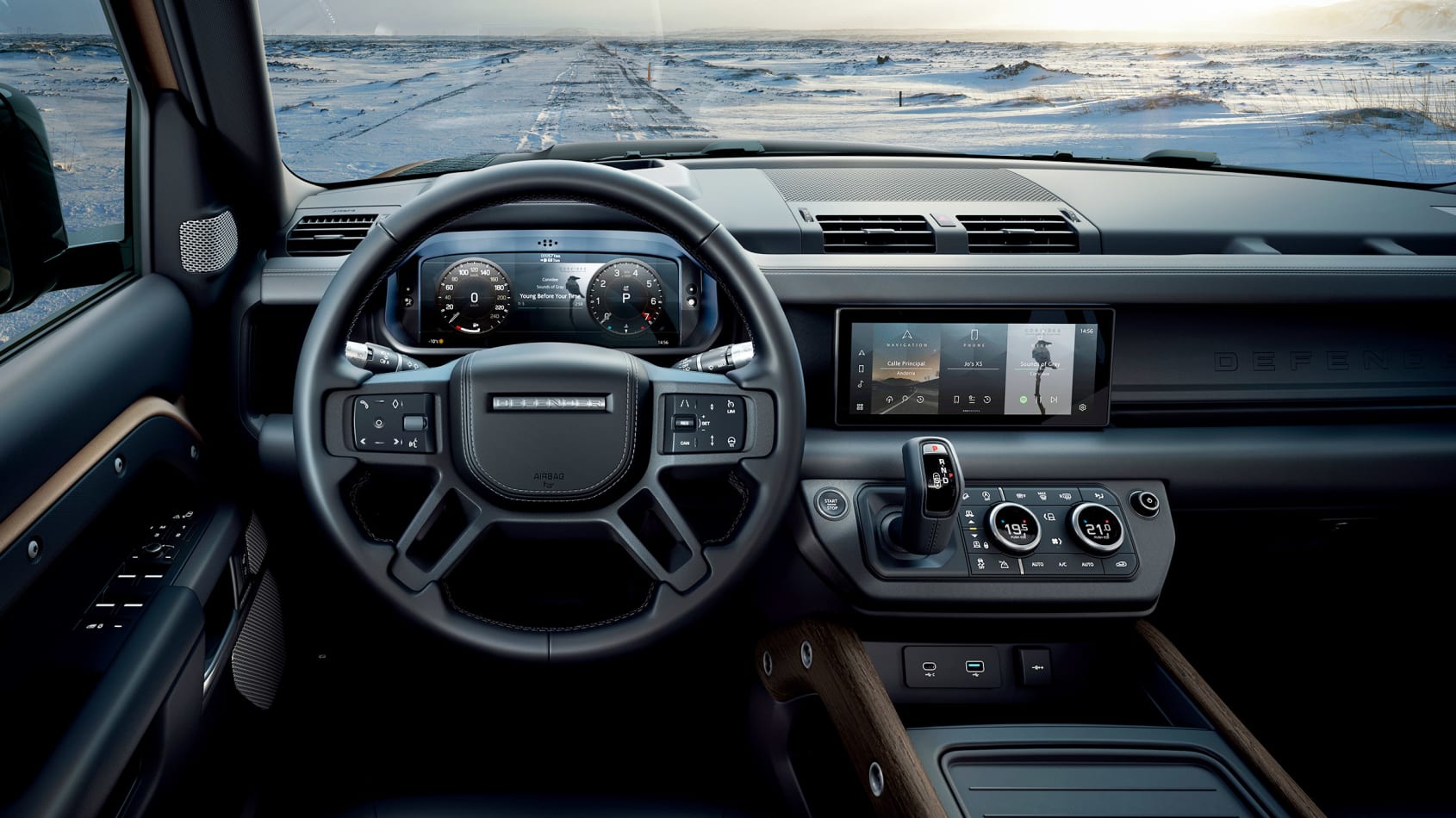