I genuinely never thought Porsche would do it but, on the surface at least, they’ve finally given their ‘lower-rung’ car the guts to properly challenge the 911. Featuring the same 4.0-litre flat-six as the GT3 albeit with it in the right place, should the 911 be a little worried about the new kid on the block? 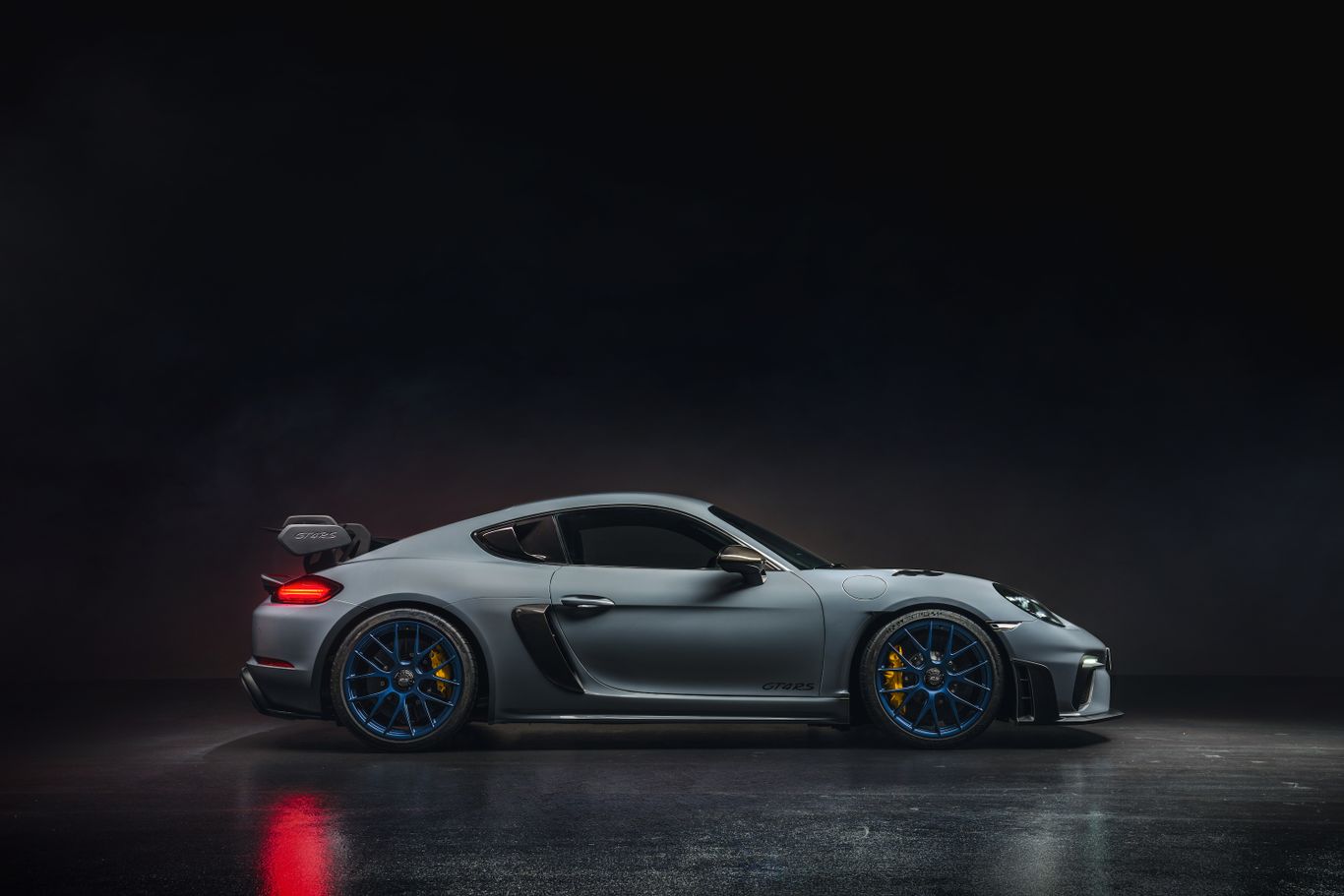 The first, and to my mind, the most exciting thing about Porsche’s latest offering wasn’t the performance, or those hideously tacky questionable blue wheels, but the prospect of that euphonious 4.0-litre being several inches closer to your head. Think GT3 redline but with McLaren F1 induction noise; ok maybe a little optimistic but you get my point, it’s a tantalising proposition. Particularly as the rear windows have been replaced with air intakes, expect the noise to be the main talking point when the reviews begin to drop in the coming months. 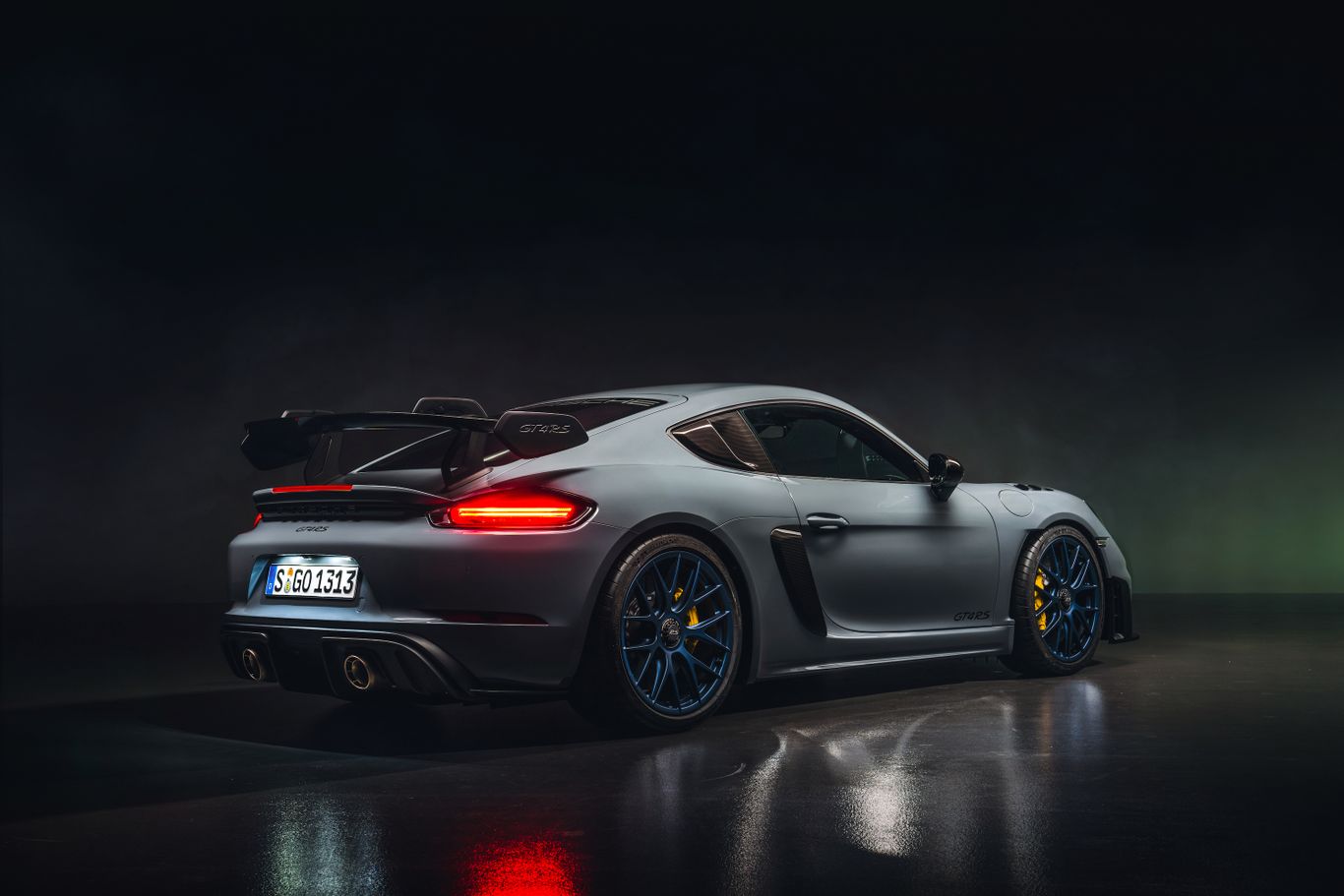 Sadly, but as expected given the ‘RS’ nature of this particular mid-engined beast, there’s no manual option. Without meaning to kick you while you’re down, the other bit of bad news is the GT4 RS is slightly down on power compared to the GT3 it borrows its motor from. Only 10bhp though, so even the most perceptive of pilots will struggle to notice I’m sure.

0-62mph is a perfectly acceptable 3.4 seconds and if you keep your foot pinned through all seven seamless shifts the PDK offers (redline is still 9k by the way), you’ll top out at 196mph. Tell that to anyone at the launch of the original Cayman back in 2005 and I’m sure they would have dropped their Motorola Razr in disbelief.

Of course, being an RS model, the changes are far more extensive than just the headline grabbing heart transplant. It’s lower, lighter and stiffer than the GT4 and has some hefty aero tacked on for good measure. All told, it will lap the infamous ‘Ring 23 seconds faster than its non-Rennsport brother (7:04.511 if you’re that bothered). 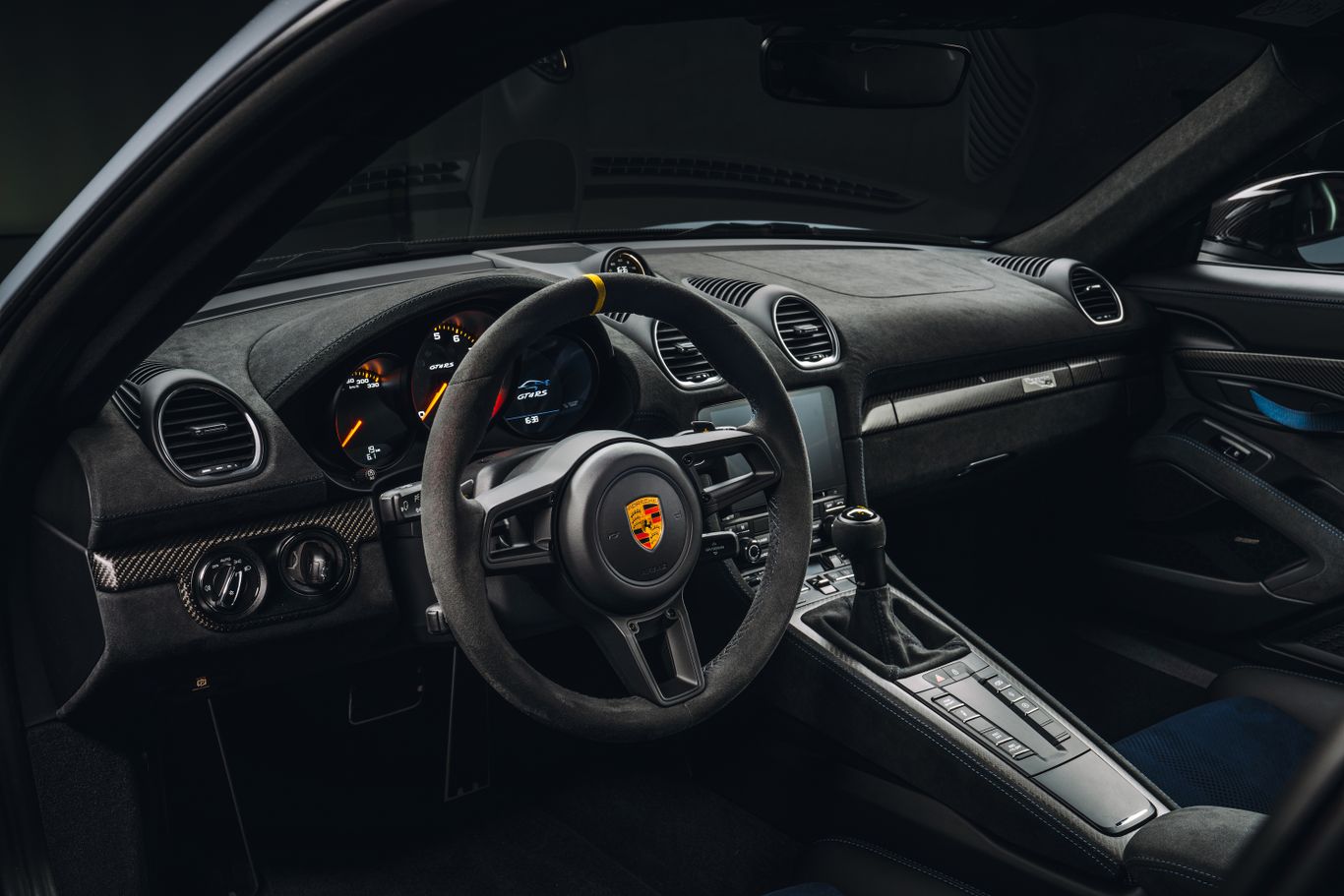 All these fussy carbon bits aren’t cheap though. Prices start at £108k not including the forged magnesium wheels – although I’d imagine they’d pay you to take them in blue just to get shot of them – or Weissach pack that brings a few goodies like a Titanium roll cage. As much as I love the idea, I think for my money it would be the GT3 with the manual and if silly residuals weren’t to play a role, I’d have it without the wing too. Maybe I’m just getting old.