Remember the days when Jaguars were solely used by old men to saunter to the country club for a spot of golf? Thankfully, those days are long gone. In fact, with every car they release, Jaguar seem to get further and further from that stereotype. Their latest car especially so. It’s called the XE SV Project 8 and it’s the most powerful car Jaguar has ever made. 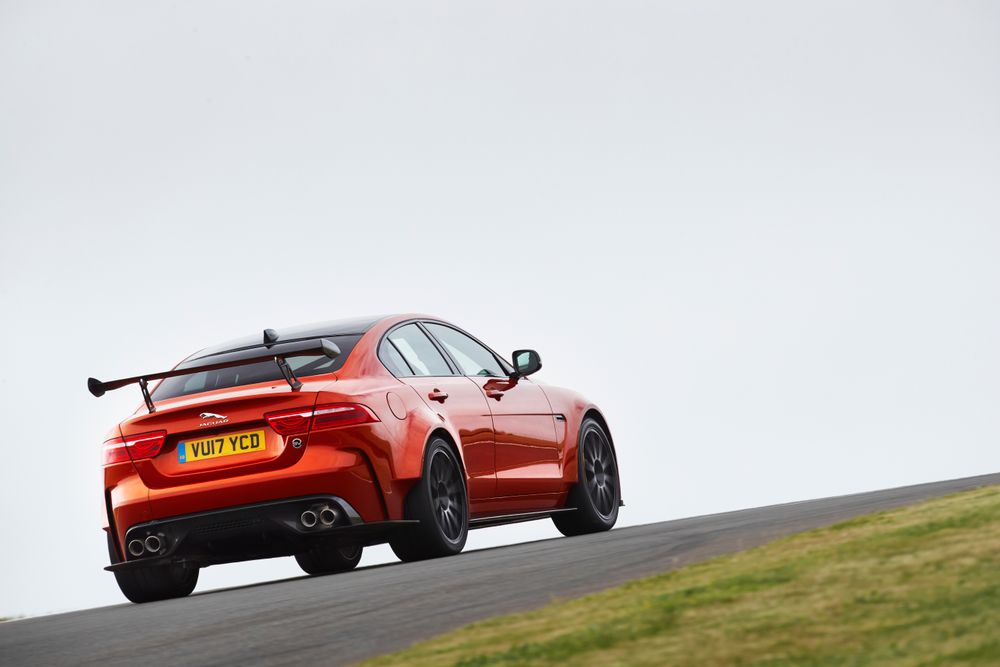 Under the bonnet, Jaguar have squeezed a 5.0-litre Supercharged V8, relocating the bulkhead and steering rack in the process. Sadly, this means you can only get the project 8 in LHD. The V8 sends 592bhp to all fours via the ubiquitous ZF 8-speed automatic. Progress is hindered by the slightly porky 1745kg kerb weight so, despite an abundance of traction, the 0-62 time is a slightly underwhelming 3.7 seconds. The Project 8’s 200mph top speed is however, far from disappointing. 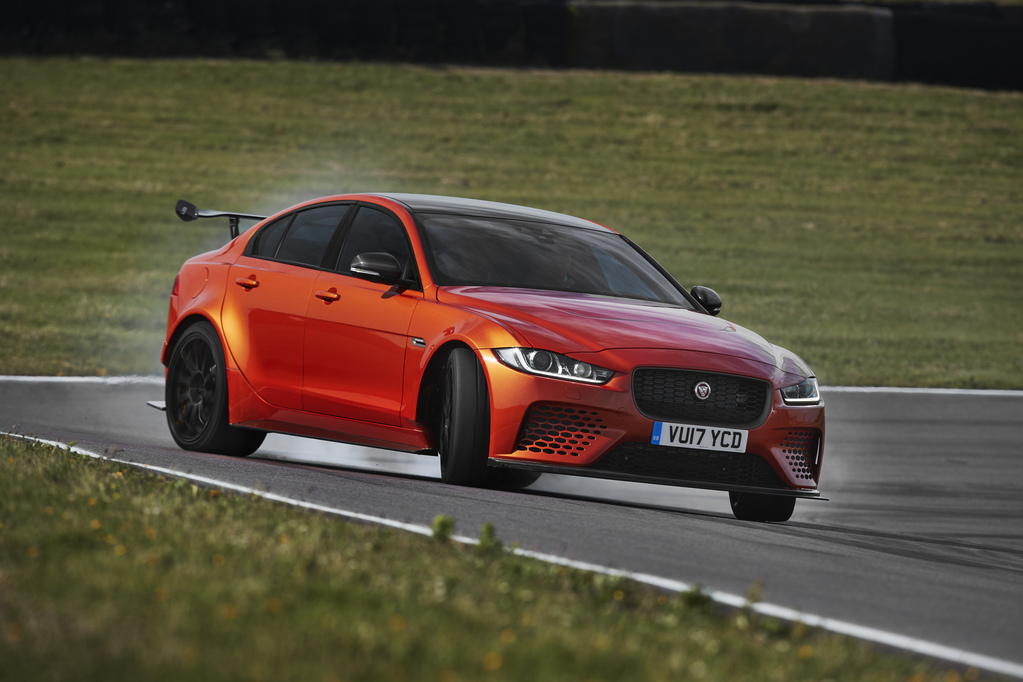 The bodywork is frankly mental. Both arches protrude further out to accommodate for the wider rubber. The forged wheels now sport 265 section Michelin Pilot Sport Cup 2s upfront and massive 305’s at the rear. So wide are the front tyres, the headlights had to be re-positioned slightly to make everything fit. 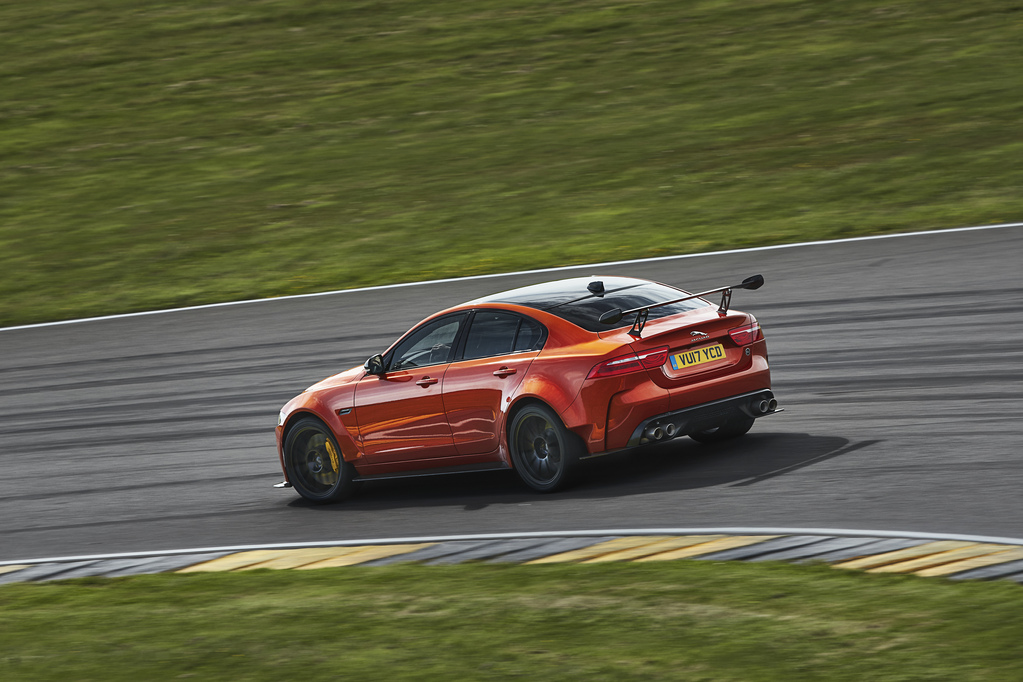 Other bodywork additions include an aero package, most notably; a 2 position rear wing and front splitter. Both set in ‘Track Mode’, the Project 8 produces 122kg of downforce at 186mph. According to Jaguar that’s “25% more than its nearest competitor.” 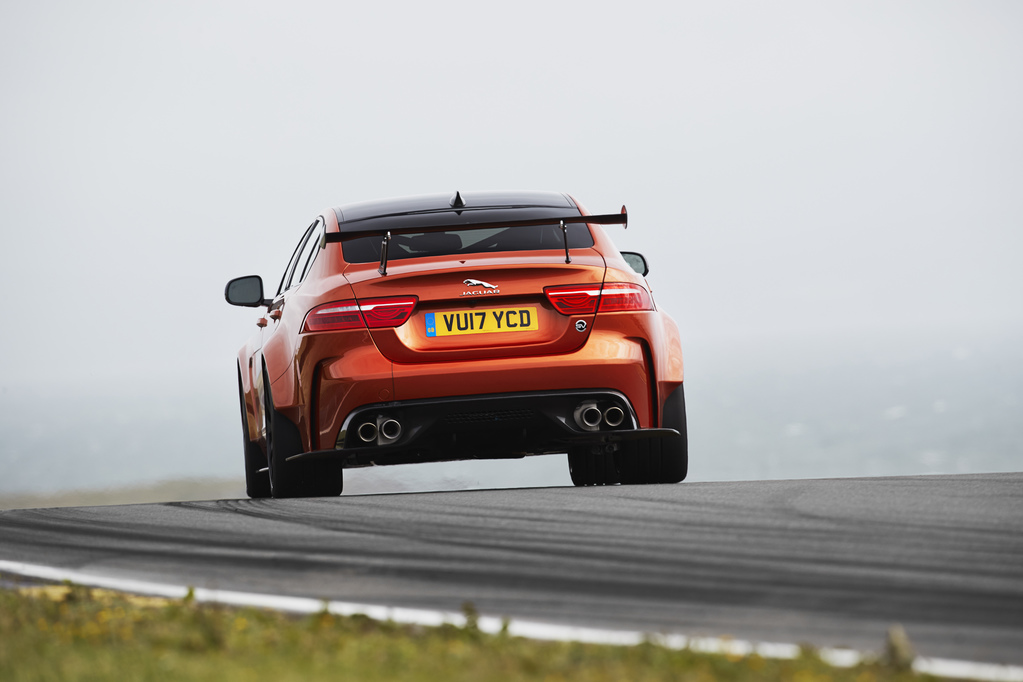 As you’d expect with a hardcore track bias machine, the Project 8 is fitted with a set Carbon Ceramics. But these are not just any Carbon Ceramics. The front disk measures an enormous 400mm, while the rears are a touch smaller at 396mm. Six and two-piston callipers squeeze the gargantuan discs front and rear respectively. 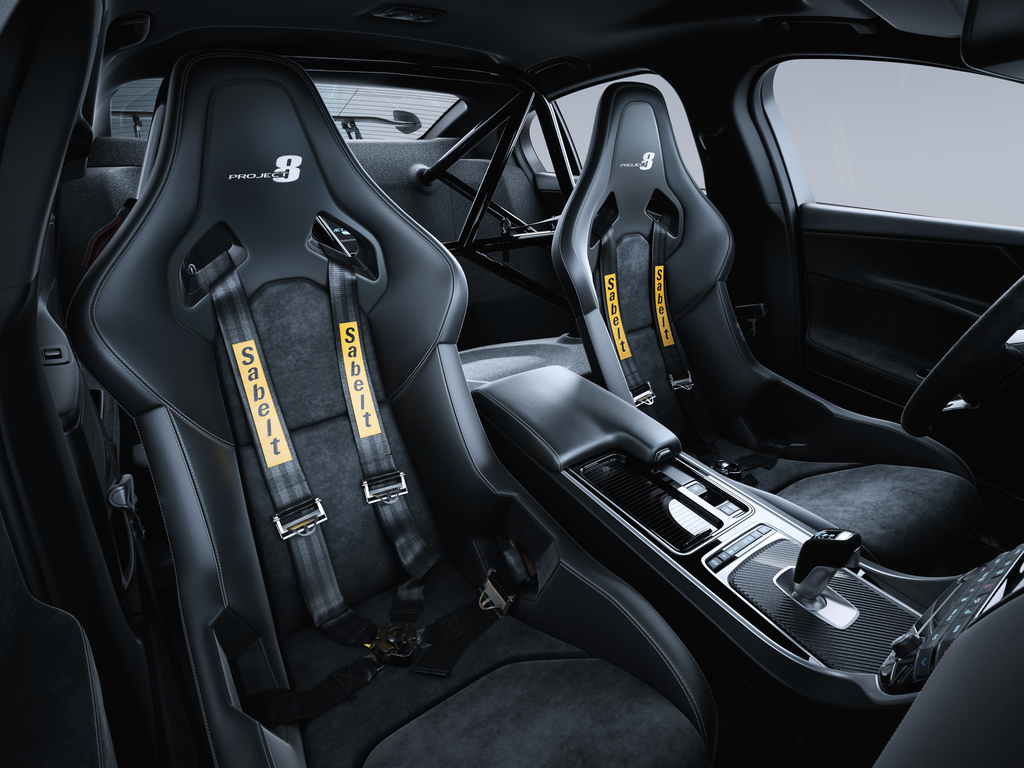 The interior is typical of this kind of vehicle. It’s awash with carbon fibre and alcantara and if you check the ‘Track Pack’ option box, you’ll get carbon fibre bucket seats, four point harnesses, and a roll cage where the rear seats/golf clubs should be.

Undoubtedly by now, you want one. But there’s a catch. Jaguar are only building 300 and it will cost £149,995 before you add options or choose from the 10,000 colours available. For comparison, that’s £30k or so more than the M4 GTS. However, Jag’ reckons only about 25% of the normal XE has been carried over to the Project 8 so really, its the bargain of the century.