I, like most petrolheads, make no bones about my dispassion for a ‘crossover’. To my mind, they’re cars so terrible at one thing, the manufacturer plays the jack-of-all-trades card insisting that being not totally rubbish at a couple of things, is every bit as good as being properly good at one discipline. Alpine, however, has come up with a concept or ‘styling exercise’ for their beloved A110, dubbed the A110 SportsX, that throws a rather large spanner in the works. 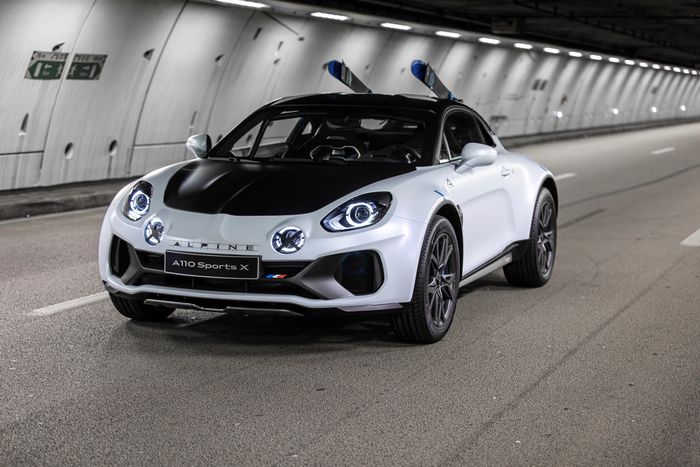 There’s no way around it, the A110 SportsX is a crossover; it’s even named as badly as one. Sitting 80mm wider and 60mm higher than the standard version means it’s inventively not going to be as good a sports car, but will be slightly better at being an SUV without being as practical as a fully-fledged one. So although a very sporty one, it is a Crossover. 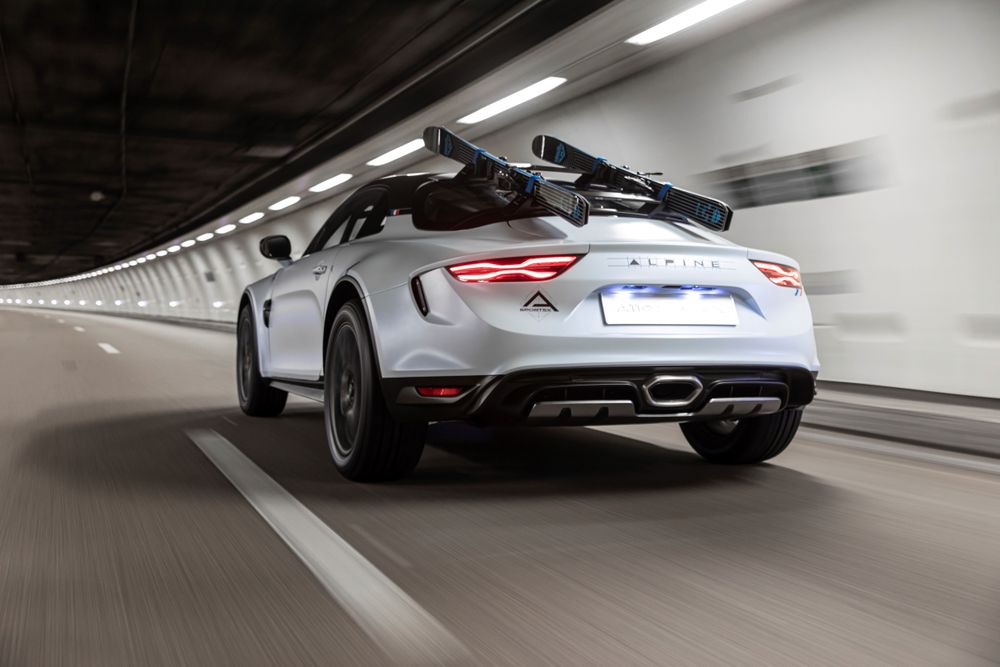 That being said, from the moment I saw these photos I had indescribable desire to own one. Sadly, not just because I can’t afford it, Alpine won’t sell me one even if I had the money. This ‘styling exercise’ is nothing more than an homage to Alpine’s rally heritage and keeping to Engineers busy until the next real project comes along. It’s going to sit on display of motor shows looking like a lot of fun without ever actually having any. Sad times we live in.

Alpine hasn’t confirmed, but it’s fairly safe to assume that the standard engine remains. That’s no bad thing, but looking at it, you just know it would be incredible with an AWD drivetrain and a hydraulic handbrake. Like an Ariel Nomad but with a shade more comfort. If anyone wants to petition Alpine to take this into production, you’ve got my vote and I’m sure many others as well.